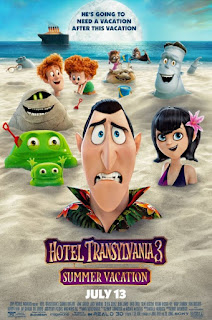 While it doesn't feel like it, but Hotel Transylvania is getting to be a pretty long tenured animated movie franchise. I enjoyed the first two films quite a lot, but I was a bit dubious on the third film. Mainly because many in the genre, start to run out of steam in the ideas department. Maybe not enough to derail it but certainly dilutes the quality. 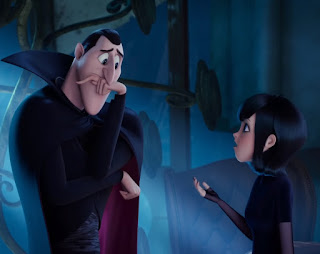 The film begins not long after the events of the 2nd film. While Count Dracula is a proud father, father-in-law, and grandfather and wouldn't trade it for anything in the world, he's starting to feel lonely after so many years as a widower. As he starts about dating again, Mavis tells him that the family is going on a vacation. 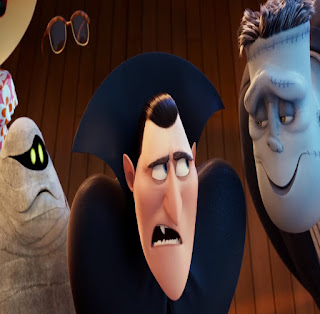 Which ends up being on a cruise ship. Count Dracula feels a bit guilty about trying to find a new wife, as he isn't sure how Mavis will take it, though Johnny and Dennis would be super-supportive for him. His monster friends tease and joke at him, but the Lord of Vampires says that THIS IS A FAMILY VACATION, instead of a love cruise. 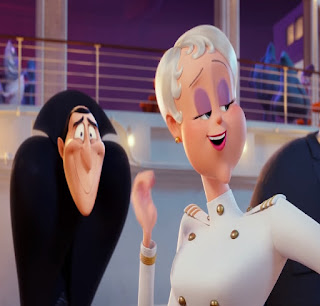 He changes his tune at first sight with Ericka, the ship's HUMAN captain. Despite their differences, Dracula is head over heels for the blonde cruise captain. But Mavis has her doubts, she thinks there is something not quite right with her. Johnny believes it's because she can't accept anyone to be her "new mom" but could she be right? 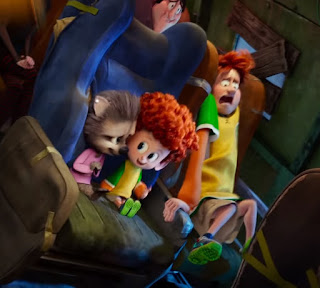 Overall Summer Vacation is the weakest of the three (to date) films. It's cute, funny (loved "Bob"), and I liked its twists, but it does seem like they only made this movie at the demands of Sony Pictures. But it's not a bad film by any means, and your kiddos (if you have any) will probably love it like the previous two of them.

I enjoyed the first two also. Haven't seen this one, but I believe it's on Netflix now so I'll have to check it out soon.

Hello Adam, long time no see. I haven't seen this either but we have a Transylvania food shop here in Trapani :)

I saw this in the theatre. I actually liked this more than the second movie:)

My grandson is 2 & has a thing for dogs, the werewolves looks like puppies so my grandson loved this one. I haven't tried him with 1 & 2 yet.

Do you really watch all these shows???
In the old cinema/drive in days - these would be for the kids?
Cartoons like Mickey Mouse, the Lone Ranger etc.
Colin

Our kiddos loved it and I thought it was cute!

We like the first 2 movies but wondering how he can be on a cruise ship in the sun?.

Colorful, funny, and engaging enough for both kids and adults to find much to enjoy.

Haven't seen them as yet - maybe oneday.