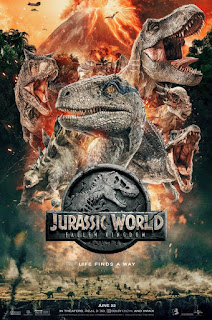 If you were a 90's kid, it was a great time to be a fan of dinosaurs. Jurassic Park was a massive hit with critics and audiences alike. The two sequels on the other hand...not so much. But a few years ago, they tried to reboot the series with Jurassic World and while it was a lot of deja vu, it was a pretty darn good movie. I was hopeful with Jurassic World: Fallen Kingdom, but was kind of expecting the best and the worst. 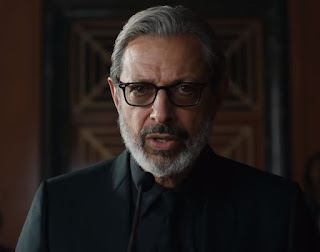 The movie takes place a few years after the new dinosaur park (surprise surprise) destroyed itself with a massive outbreak of runaway dinosaurs. Since they were confined to an island (well except the flying ones anyway), the governments of the New World just let it be. But a volcano is erupting and the dinosaurs will be doomed without help. Some like Dr. Ian Malcolm welcome the demise of an unnatural menace. 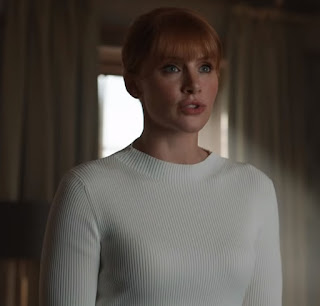 Others like Claire Dearing are trying to save the last living beings of the greatest achievement of science. She runs a group, fully committed on the rights of dinosaurs, which the clock is ticking because once the lava falls, it's over. 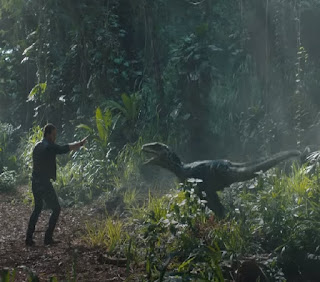 She learns of a rescue mission being offered and asks Owen Grady whom became semi-estranged to her, to help. He mainly goes because his "baby" raptor Blue is there. He manages to reunite with his beloved dinosaur, but between runaway dinosaurs, molten lava, and bad humans, it's going to be a rough day or two. 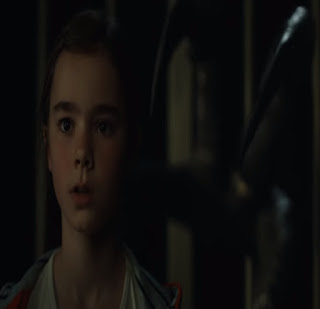 Overall Fallen Kingdom is better than Jurassic Park II (which I could never finish) but a total letdown from both its predecessor and the original film that started it all. While the cast and production vaules are still in the top of their class (well sort of), the plot is...not very good. It does get rather exciting near the end, but not enough to make up for its shortcomings. A third sequel is planned and will probably see the light of day, but I'm not giving up my hopes for that one.

I have not watched this and now I won't bother. I hate it when they take a great movie and make crummy sequels.

I haven't seen the original from the 90's but def liked the reboot, tho sometimes when they reboot stuffs, it's likes stories are mixed and i feel like i kinda lost from the story line.

Will the 3rd Jurassic World capture the magic? Oh, boy, I hope so. Chris Pratt makes me giggle.

Although I did like this movie (well, I like any movie with dinos:D), I did like the first one better. Jeff's part was also too short!:P