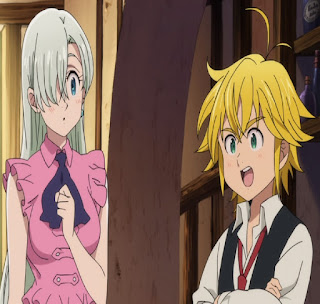 Last year as winter was starting, I started watching The Seven Deadly Sins. It was one of the few "Netflix Original" anime series, and probably its most notable. I really liked the first season for its faults, and I really didn't wait to see the next season, which was dubbed Signs of Holy War by the anime TV team. 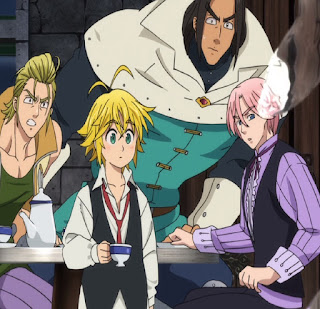 The story starts off shortly after the events of the original season. The Holy Knights have been reformed and the truly evil ones behind the effort to bring Liones under the rule of demons have been defeated. Still things take time to recover, especially the townspeople and the Holy Knights who want to repent. 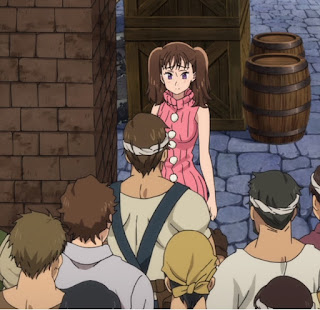 Most of the Seven Deadly Sins have their own issues to iron out. Diane felt so bad for the all the desuctrion she caused, and is hoping to make peace. King is still after Diane's heart, while she still wishes to be with the Captain. Meliodas only seems to want to run the pub and Elizabeth wants to remain at his side. While Merlin returns and wonders what could be lurking in the future for them to face. 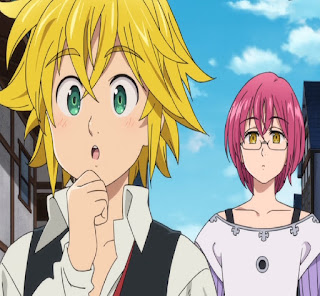 Overall I was really disappointed by this 2nd season of Seven Deadly Sins as it's only four episodes long. Japanese anime shows are often too unstable for their own good. Seemed this one only existed to serve as filler before a third and real season was ready. And there isn't much story to be had here, even at the end.