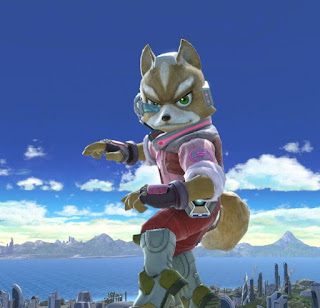 Old Fox McCloud was one of my favorites in the original N64 game and Melee, but I think they have just nerfed him too much in Brawl. And hasn't gotten any better since then. 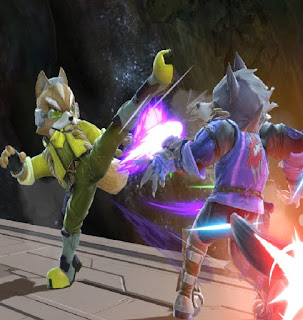 Part of that lies with his two echo fighters. Falco stole his style points, and Wolf apparently has the power. Making Fox only useful for speed. 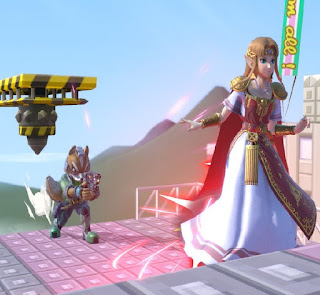 His laser gun isn't very useful, but honestly, it never really was even in the first game. 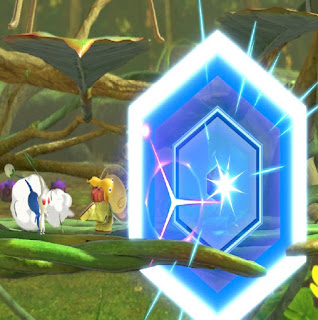 He at least has the best reflector of the trio of Starfox warriors. It always had been Fox's greatest talent. Though in no-items matches, it isn't very useful. Against most Fire Emblem characters and Donkey Kong, it's worthless. I would lose more often with Fox than any other character in Ultimate and that will not do. 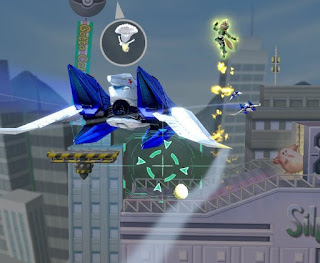 His Final Smash at least is better this time. Team Starfox comes out and Arwings blast foes away. Much better than the Landmaster. 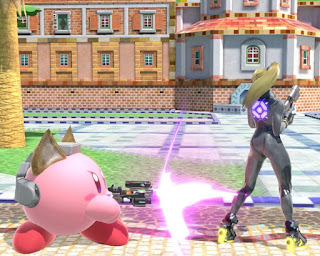 Kirby's Fox power is the same as the days of old. His weak laser pistol is Kirby's to command.
Posted by Adam at 11:30 PM