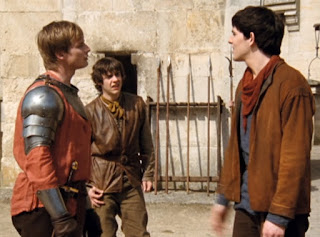 For most of the series, Arthur is the crown-prince, but unlike most stories, Arthur starts out as a horrid prince of questionable morality. Merlin meets him and his thrown in jail for trying to slap him. But somehow ends up being his "servant" instead. 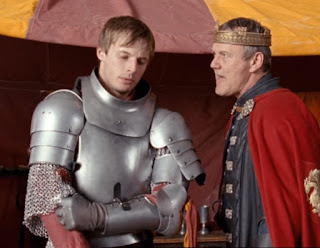 The only person Prince Arthur has to listen to is his father King Uther Pandragon. Whom he always seems to fight against at every situation. 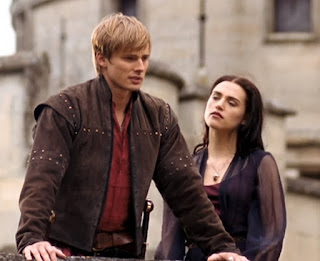 He also has a bitter time with his father's ward (or should we say secret daughter and Arthur's half-sister) Morgana. Then she goes all evil when she learns the ways of magic. 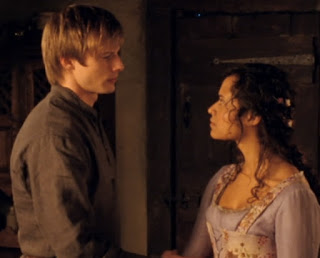 I liked how they portrayed him and Guinevere. They was a good love story spanning many seasons. 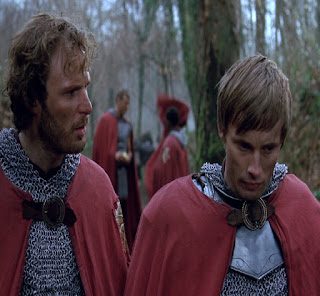 But despite his flaws, as a Crown-Prince, Arthur was always a good leader and a proven battle commander, despite some constant help (unknown to him) from Merlin and his magic. 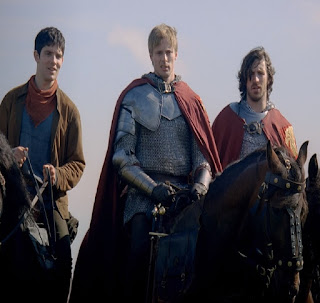 As King he does the same, he'd always lead his men instead of ordering them to do so. 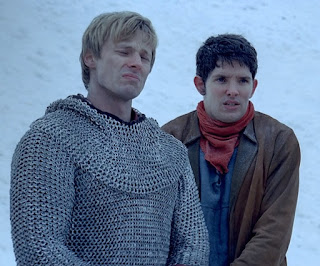 But he'd often at times, get himself into trouble. Good thing Merlin was always there. 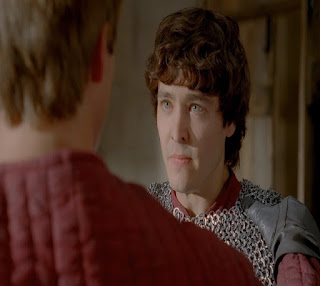 Well until his knight Mordred decides to betray him. Mordred plots with Morgana to rid Merlin of his magic and the warlock is unable to be present when the battle starts. 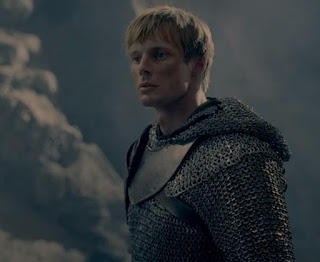 And Arthur gets mortally wounded before killing Mordred immediately. He wasn't my favorite version of King Arthur, but I liked the Bradley James incarnation of him.
Posted by Adam at 11:30 PM