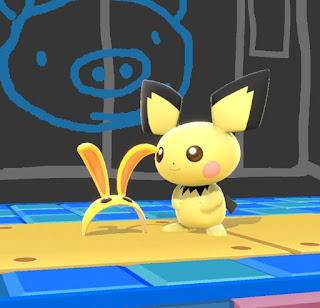 This item isn't new to the series, but it came from The Legend of Zelda: Majora's Mask. I would say Ocarina of Time, but I'm pretty sure the hood didn't increase your running speed then. Like Majora's Mask, in the Smash Bros. games it increases the user's running speed. 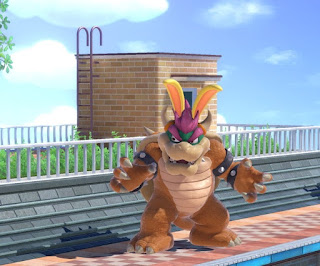 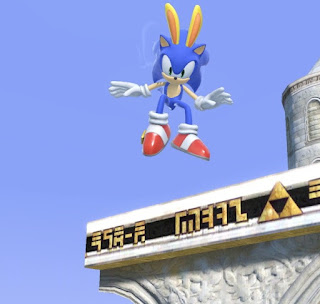 And if you equip it with Sonic, you can break the fabric of space and time...okay not really but Sonic is almost able to jump out of the screen to his doom with the bunny hood. It's not my favorite item in the series, but it has helped me a few times.
Posted by Adam at 11:30 PM