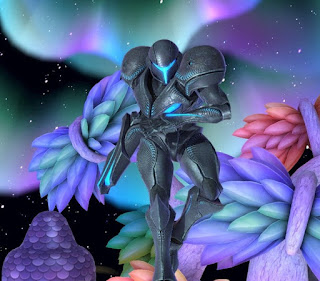 While Samus Aran had been long alone in representation in the Smash Bros. games, she got her first echo fighter in Ultimate. Dark Samus originated in the Metroid Prime 2 game but in reality she's the monster Metroid Prime who was dying at at the last moment fused her being with Samus's DNA and phazon energy. 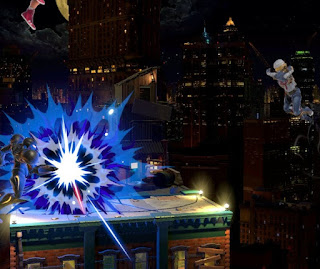 Though in Smash Ultimate, she's pretty much 99% the same as Samus, which isn't a bad thing. 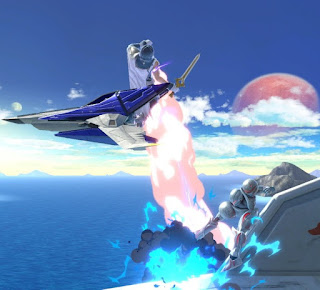 Despite the phazon energy, her attacks don't hurt more than her good counterpart. The main difference between the two is the Phazon cosmetics and that Dark Samus kind of hover glides instead of walking/running in the traditional sense. I did pretty well online with her. 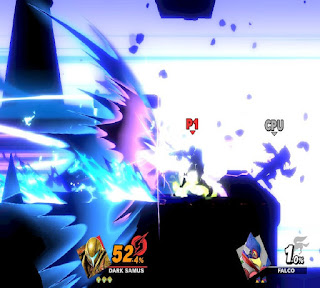 Her Final Smash is pretty much like Samus, a big lazer but this time of Phazon energy. Though both HURT, so if another player uses it, you might want to run. 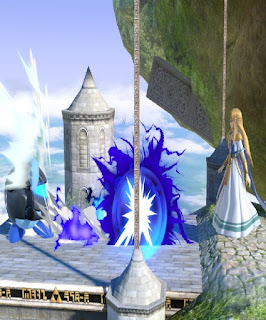 When Kirby absorbs Dark Samus, he gets the phazon charge blast, which I love.
Posted by Adam at 11:30 PM