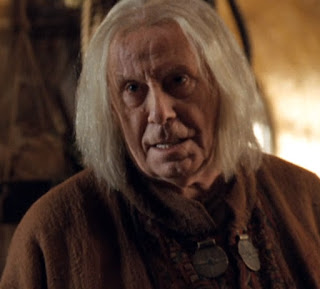 Since Merlin features the wizard as a very young man,  they needed a character to tell him the ways of magic, which would be Gaius. 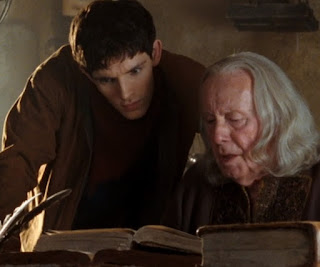 While Merlin arrives so Gaius can "babysit" and watch over him, he soon learns Merlin has magic in his body. While Uther has made even one use of magic capital punishment, he teaches Merlin (eventually) everything he knows. Always making sure the young warlock doesn't fail in his quests. 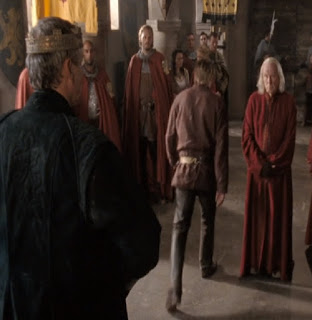 He is also an adviser to King Uther, and later King Arthur upon the former's death. Despite not using much magic, his counsel of wisdom is wise for many, not just wizards and royals. 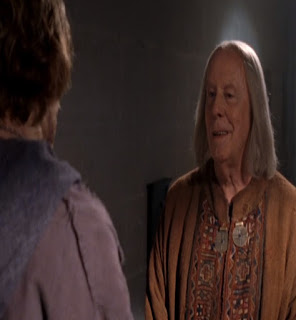 He also gets to "battle" against users of dark magic. Very few magical or non-magical beings ever outsmarted Gaius. 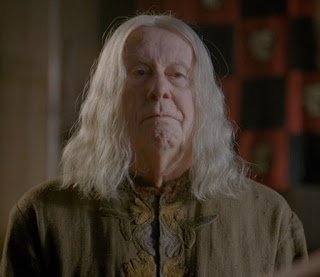 At the end of the series, he advises Queen Gwen who becomes the ruling Queen. He was one of my favorite characters, so I was glad not to see him meet a demise due to evil magic or a scientific illness of some kind.
Posted by Adam at 11:30 PM

I think I would enjoy this series, Adam. Tintagel Castle has long been on my bucket list.