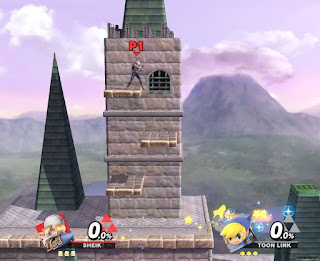 This actually is my favorite stage in the whole series. It came out on the N64 in 1999, and was inspired by the Hyrule Castle in The Legend of Zelda: Ocarina of Time. Luckily they brought it back again. 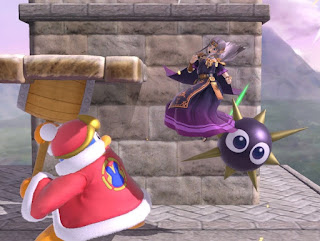 Ocarina of Time is my favorite game of all time, so I may be a bit biased here. But it's a great map where it's not too widespread but not cramped up either. There's a good mix of balance and every part of the stage is different. 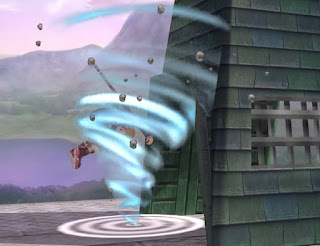 The only real stage hazard is the spinning tornado. It's pretty easy to dodge this one however. 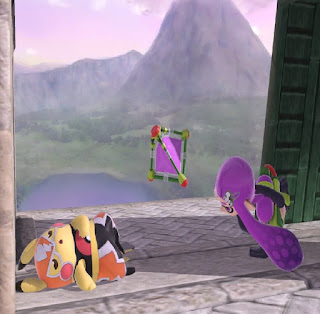 I was furious when I didn't see the map in both Melee and Brawl, but it did return to Smash 4. Though I will admit, I would have been even more mad if they left it out again this time.
Posted by Adam at 11:30 PM