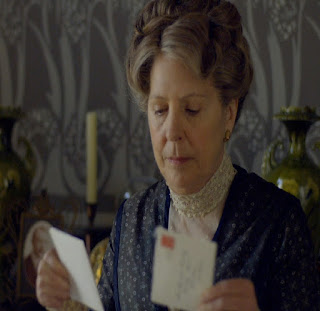 While far from the most important character in the series, I liked Isobel. She's Matthew's mother, and she is with him when he reads the letter than informs him that he is the heir to the Earldom at Downton. 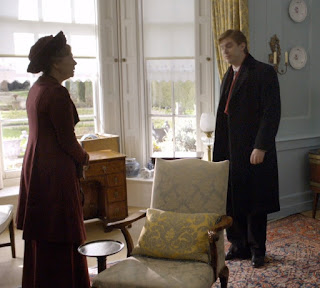 A widow, she has lived with her son all of his life, and follows him to the mansion estate. While she takes kindly to most (especially the servants), her sons' well-being was obviously paramount to her. 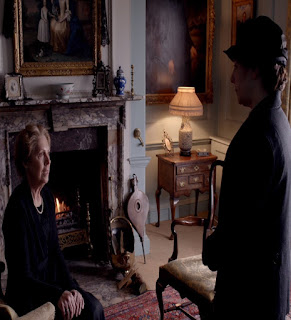 And she takes a big emotional hit when he dies in the third season. I thought it was odd that she felt like she had nothing to live for, despite having a living grandchild with George Crawley. 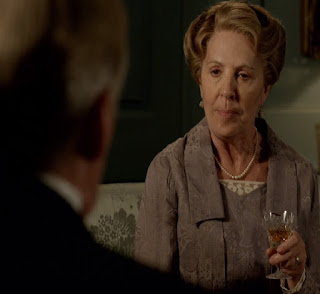 But she eventually recovers and embraces everyone and loves them all, for the most part. I didn't really think her marriage at the end was terribly exciting or interesting, but I liked her sweet nature.
Posted by Adam at 11:30 PM

Love her! I can't wait for the film coming out in September. I am not a mother but a mother losing a child is the worst grief so that rung very true to me. I love her quips with Maggie Smith

Excellent period show which only the Brits can do.
Jullian Fellows, the author and director, is a genius.
Everything is so correct for that period of the landed gentry
class.
I have the full DVD set.
Penelope Wilton is a brilliant actress.
Colin