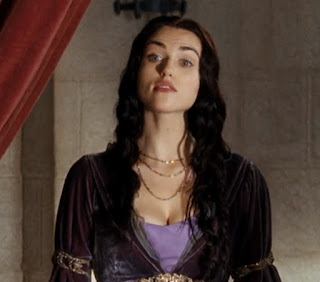 While many would not expect her to turn dark later on in the seasons, I knew because I wasn't unfamiliar with the stories of King Arthur though her name threw me off. Usually her name in popular British/American works is Morgan le Fay, but Morgana is an alternate name not unique to the Merlin series. 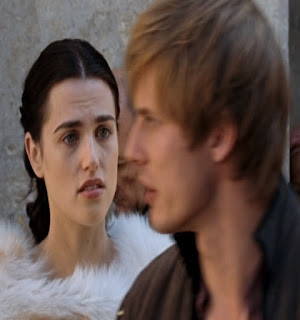 She starts out as the King's ward whom he was apparently friends with her parents. She has a very sibling like relationship with Prince Arthur, which turns out to be the case as she's his half-sister. 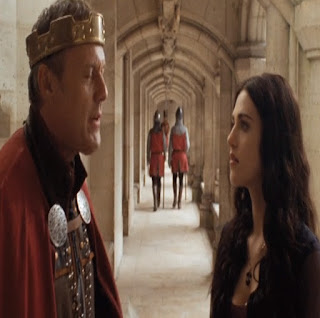 Because Uther liked her mom, if you know what I mean. Typically the character shares a mother with Arthur, not a father, but in the show, it works. 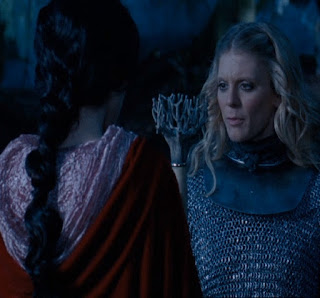 Her mother gave her a half sibling named Morgause who is quite talented in the ways of magic. Too bad it was dark magic. 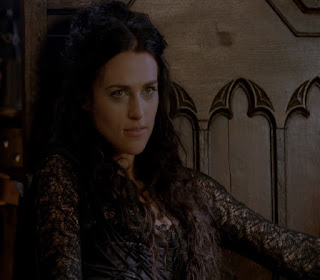 And soon Morgana becomes an evil witch, out solely to destroy her royal father and her prince brother. She is indirectly responsible for Uther's demise. 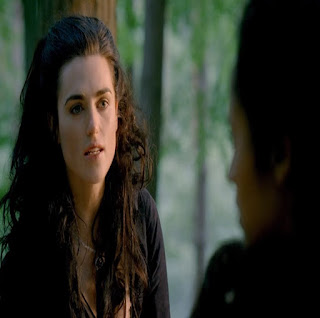 And she even turns on her old friend Guinevere plenty of times. 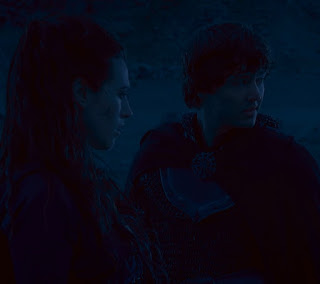 Before finally allying with a grown-up and powerful Mordred to slay King Arthur once and for all. 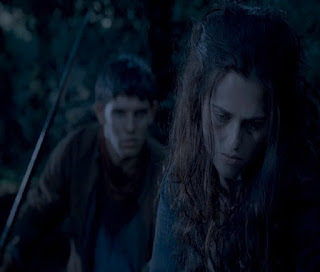 While she was successful in the plot of giving Arthur a mortal wound, Merlin kills her with Arthur's sword. While Merlin often stretched story-lines a lot, I liked this take on Morgana. Not my personal favorite of the character, but I thought Katie McGrath did a fine job. I think it's neat that she's dated Merlin actor Colin Morgan for years and for what I can tell, they're still together but they've kept their status rather secret all these years.
Posted by Adam at 11:30 PM