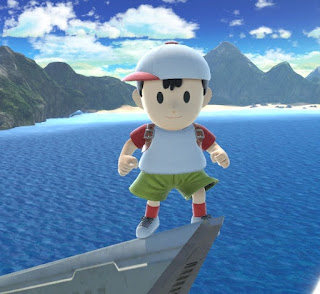 I remember Ness back during the original game on the N64. Along with Captain Falcon, I had no idea who he was until Super Smash Bros. Since his Earthbound game on SNES, he hasn't had anything else. One of the few in the original cast to be considered to be cut (in Melee and Brawl in favor of Lucas) but he's survived and has been on every roster in the series. 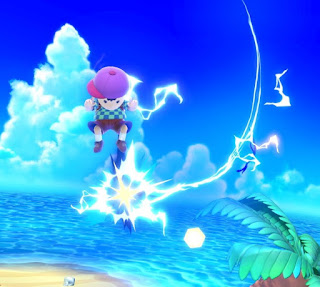 My brother Zach was always better with Ness than I was. I'll admit, I've never been able to master PK Thunder as an attack or a way to save myself from a fall. 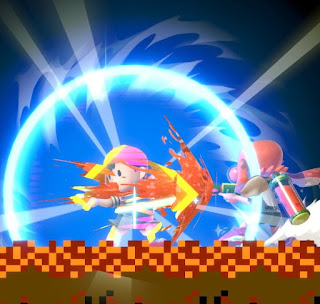 His PSI Magnet is like Fox's reflector shield except it heals Ness, which is pretty useful. 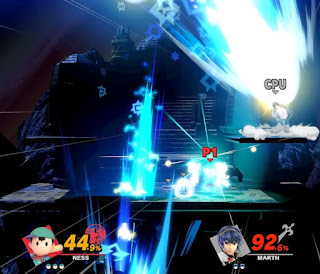 Like Brawl and Smash 4, his Final Smash is still PK Starstorm. Not the greatest Final Smash, but very hard to avoid. I've never been a fan on the other end of that attack. 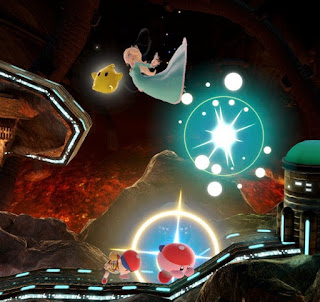 When Kirby takes Ness' power he is able to use the moving ball of energy/lightning. I've never been very good with that PK power. 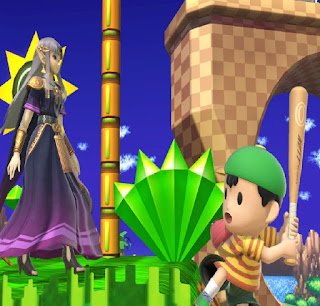 All things said, I'm not very good with Ness, but he is kind of useful in online battles. I certainly fared better with him than Fox.
Posted by Adam at 11:30 PM