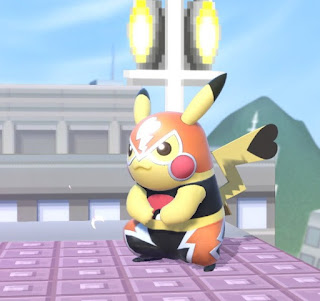 Like always and forever, Pikachu is one of the most notable members on the roster of Super Smash Bros. I was delighted to see him as Pikachu Libre (from Pokken Tournament) this time, or should I mean her. All pikachus with heart tails are female. The other costume variants of Pikachu in Ultimate are male. 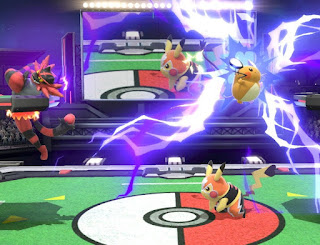 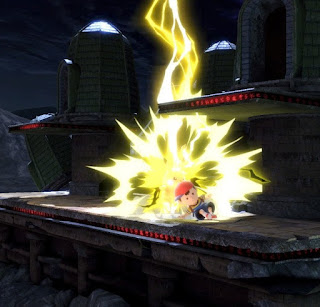 Not super powerful, unless you can get some good thunder aimed at your foes. 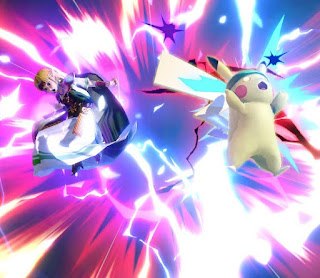 His Final Smash is Volt Tackle which has been the same since Brawl. He travels in a giant orb of electricity. Don't be shocked if it KOs you. 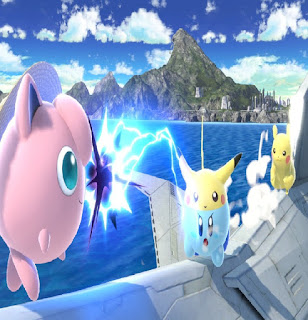 When Kirby absorbs Pikachu, he gets a super cute hat and the power to use Thunder Jolt. A decent but rather weak move that does have a good ability to scare foes into rushing at you. 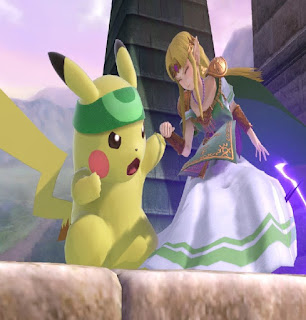 Online I was decent with Pikachu and I won a good number of matches. He's never been one of my favorites, my brother Zach was always better with Pika Power.
Posted by Adam at 11:30 PM