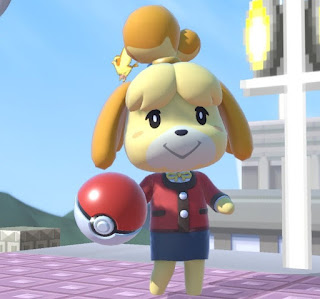 One of the greatest items Super Smash Bros. developers ever came up is still glorious in the new game. 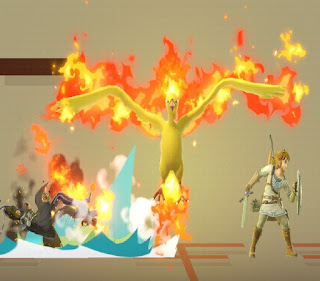 Like the trophies, the cast of characters that pop out vary and some new characters make the cut and some of the old don't return. 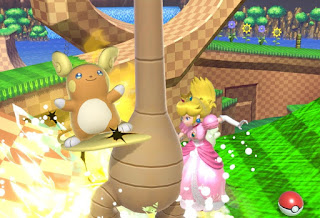 I was delighted to see some Alolan Pokemon from the Sun/Moon games, like the alternate Raichu here. 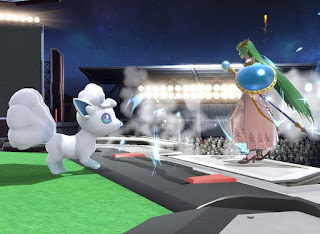 And the different Vulpix with the ice powers instead of the Kanto form of fire. 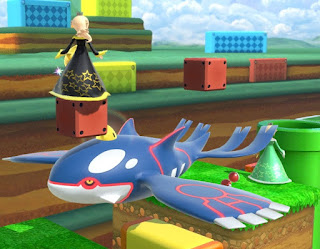 While the master ball will always grant a legendary (I think) you can get a legendary sometimes with a simple pokeball. 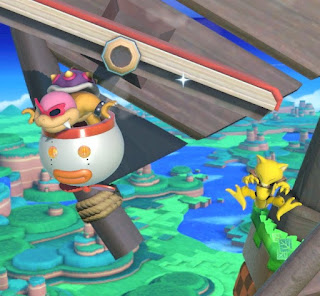 My favorite of the game was Abra as his teleportation powers are pretty wild and it actually saved me from falling to my doom which was ironic. 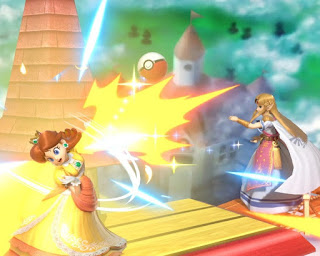 And like the past games, it makes a great object to throw at an opponent. You can sometimes get a KO before your pokefriend arrives.
Posted by Adam at 11:30 PM

I will have to invite my gr-girls over. They will explain all of this to me.