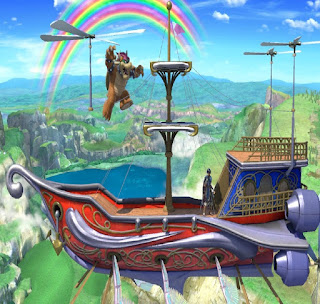 This stage originated in Melee, returned for Brawl, but was left out of Smash 4. But it came back for Smash Bros. Ultimate. While it was never in my top favorites, I do like it. It's also based on a stage nobody remembers from Super Mario 64, as the Melee game predated Super Mario Sunshine. 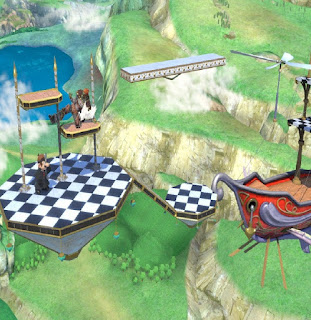 It was one of the first stages to be really evolved. You don't stay on the boat forever. Eventually it will fall down to earth. 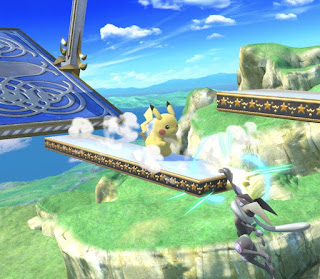 Leaving you to fight it out on a slow-moving battlefield. New players always get stunned by it and probably lose all their lives.
Posted by Adam at 11:30 PM