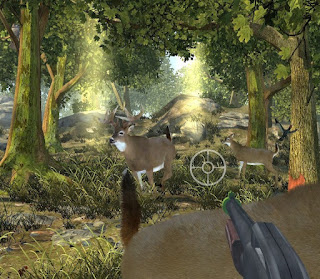 Last Christmas this was my gift from my Little Brother Mr. B (through the Big Brother Big Sisters program), and while I appreciate the thought, I knew from the minute I unwrapped it that this would not be so good. His mom gave him a 30 buck budget (pun intended) so a lot of choices were slim with the Nintendo Switch. We had played the arcade version once in a bowling alley while waiting on his mom to pick him up. 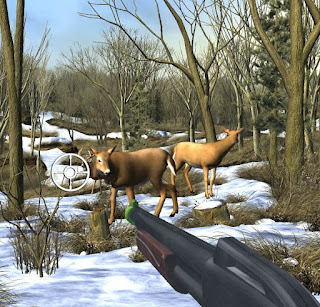 The game is pretty similar to the arcade version (duh) besides the fact that there is no light gun. You just aim with the analog stick. And that hurts the game a lot, as it's not nearly as precise or quick. The point of the game is to shoot the male trophy animals like deer and moose. 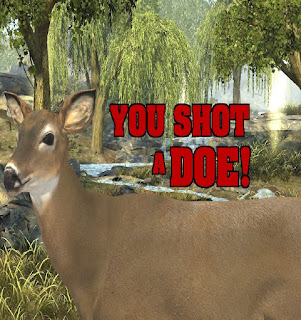 If you shoot a female doe or "cow" (not in the moo sense) you already lose that round. It's kind of easy to avoid them at first, but they are all over the place later. 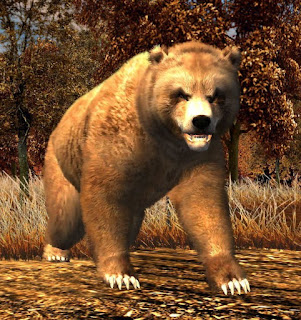 The only other real challenge is every now and then, a dangerous animal will rush at you at the end of a round. It's pretty darn difficult to get one as I've "died" every single time. 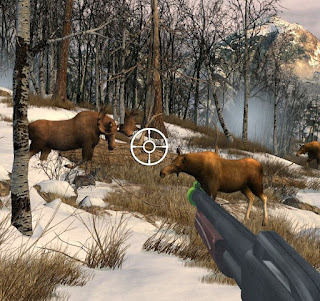 I'm really disappointed the makers of the game even attempted to make this a real Nintendo Switch game instead of an inexpensive digital game. The game is a fun distraction in arcades for five or ten minutes, and it works there. Bringing the game to the home consoles (it's also on Xbox One and PS4) was a giant mistake. While I'm not finished with it, I doubt I'll even spend two hours with this one.
Posted by Adam at 11:00 PM