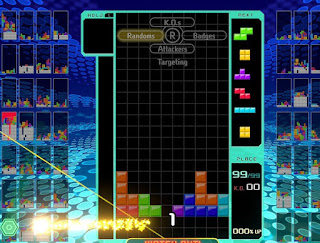 I've loved Tetris for many years, but I don't really get excited over new versions anymore. I heard of Tetris 99 just a few days ago and ignored it. Until I heard it was a freebie. Nintendo had it made for its online Nintendo Switch community in addition to their NES library. 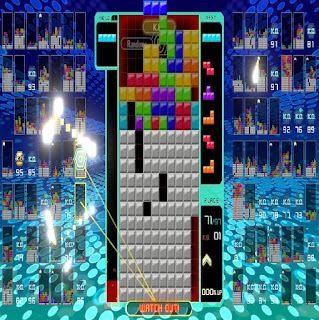 It doesn't have very many modes, just one really. An online only game that pits you against 98 other Tetris players at the same time. 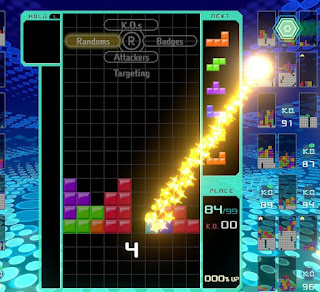 Which you can defeat by setting certain defaults to send your "junk" blocks or you can target a certain person with the analog stick. 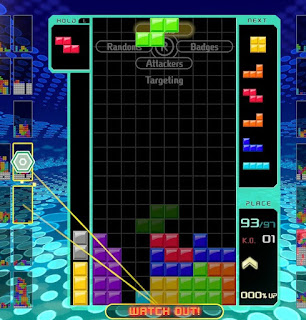 But you'll mainly be trying to play classic Tetris and surviving. 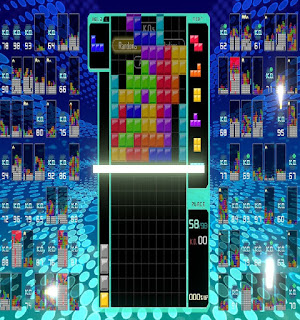 Which can be really hard once more people are eliminated. I'm pretty good at Tetris, but I ended up being 56th first round, 72nd the 2nd round, and after about five or six rounds, I got to 9th place. I also got a little irritated when I realized they just combined the classic puzzle game Tetris with the concept of Fortnite.
Posted by Adam at 11:30 PM

it goes without saying that this is all foreign to me..but my grandsons all loved these games....guess some of them still do.
Hello to your Daisy...

How many hours, how many hours...
If we ever had classic games back, would they be as loved, one wonders.