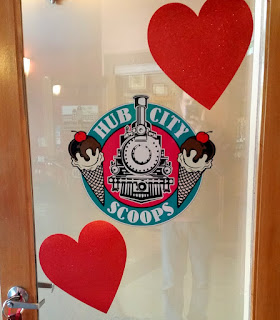 Hub City Scoops is an ice cream place that opened a few years ago. I had gotten a card from the Scouts during their little fundraiser and Hub City Scoops had a little two for one deal on it, so me and Daisy dropped by. 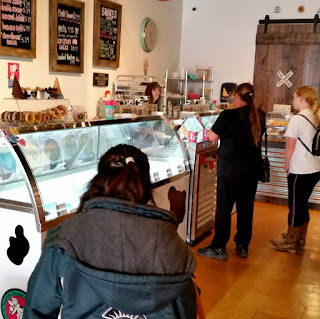 Like anyplace, it hasn't changed much since it opened. I did realize the first dark blue ice cream I ever got here was gone. 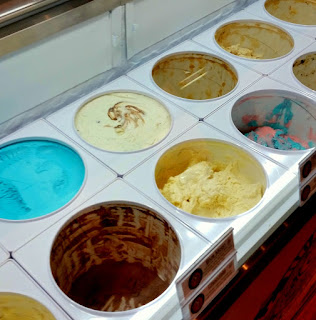 But there are plenty of other choices. 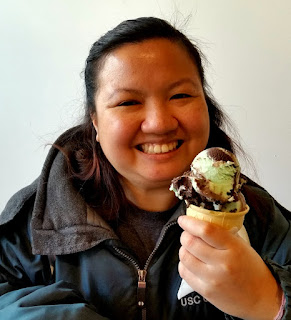 Daisy got her choice, which I'm guessing was mint and chocolate chip. I forgot to ask. 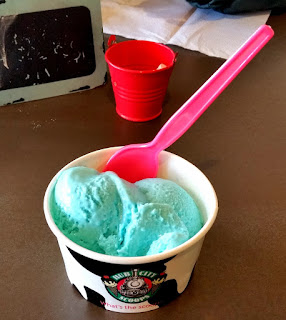 I had the "blue moon" which I didn't realize until reading the label, but it tastes a lot like Fruit Loops cereal.
Posted by Adam at 12:00 PM

Ice cream is always such a delightful treat!

Any reason to eat ice cream sounds like a fun plan to me. Glad you guys had a great time with those tasty treats! Happy Valentine's Day! Hugs...RO

I'm such a fan of ice cream but with diary troubles I rarely have it.
Coffee is on

Mint chocolate chip is one of my favorites as well.

What a wonderful treat!

Daisy looks pleased with hers …

You can never go wrong with ice cream!

I'd say ice cream is a real sweet way to spend the Valentine holiday. Beats going to an overcrowded restaurant!

Your Valentine has the cutest smile

Excessive coffee consumption which you seem to have is bad for you!
Colin

What's not to love about ice cream! I've never met a flavor I didn't like. Daisy has the warmest smile!