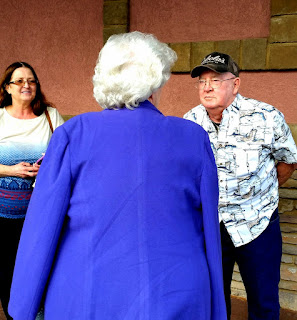 My maternal grandmother Jean doesn't know who her father was, so we got her on the whole ancestry thing. My mother talked to a distant cousin of ours and soon we got enough clues together. Using DNA evidence and my brilliant brain, I'm 90% sure her father was a man named John. John had a brother named Clifton, and he had a living son named Charles who is wearing the hat. 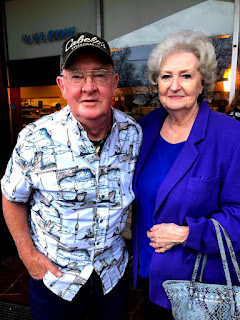 So since they share a set of grandparents, he's my grandma's 1st cousin, and my 1st cousin twice-removed. 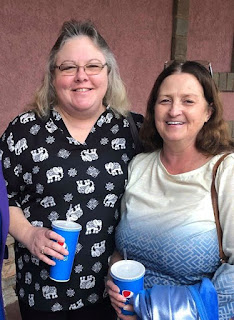 He has a daughter named Vanessa (on the left with my mom on the right), who is my mom's 2nd cousin, as they share great-grandparents. She is my 2nd cousin once-removed. 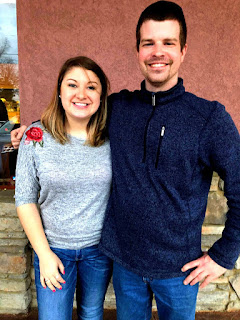 And her daughter is Danielle, who is my 3rd cousin as we share great-great grandparents. Danielle deserves the most praise on the whole thing, without her help, I would have never solved the mystery. We know that my grandma's dad was in a set of four brothers, her great-grandfather Clifton couldn't be (as me and her would be more closely related) so there were three candidates. Two of the brothers were much older than the younger two. John and Clifton were of the right age, and John had a rather terrible past and died in prison, so Danielle and I have a gut feeling it was John. 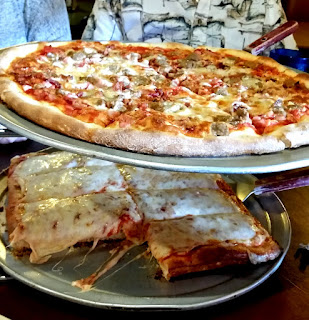 So we all had dinner at a place called Tito's Restaurant Pizzeria. Most of group ate from this mix of meats and veggies on a thin-crust NY style pizza. While I had a cheese in a thick-crust Sicilian style pizza. As for the food it was pretty good, but I will say the left-over pizza does not microwave well at all. Once you lose the original heat, it's not very good unless warming it in a oven revives it better. 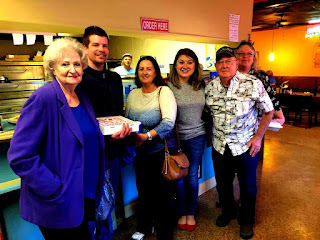 I was really glad we got to meet all of them. Grandma and Charles realized they went to school together as kids, and they talked and talked forever. I really bonded with Danielle, she's a very sweet girl.
Posted by Adam at 12:00 PM

How great! You look good

So, a happy DNA story. And it is lovely and happy, and good for all of you!

How great to meetup with family!

What a wonderful story, and hope you will all keep in touch.
Coffee is on

You and Danielle are a regular Holmes and Watson to have figured this all out!

I always love hearing about successful family reunions. Glad you got to meet more of your family and I hope you stay in touch now!

Very cool, Adam! I'm glad that your extended family got to meet each other! You and Danielle have the same mouth.

How good to meet up with family …