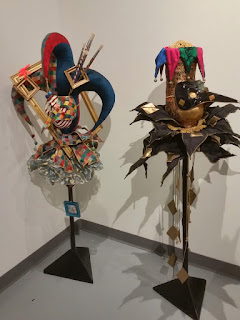 My city has its own small art museum in the Chapman Cultural Center. While the first part was student art, the main part is past that. First thing I saw were these jester hats/masks. 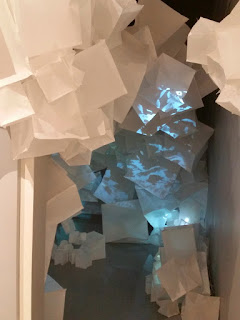 One of the most impressive is this one which I'm not sure who made it or what it's called. It's like a little hallway of odd clouds. 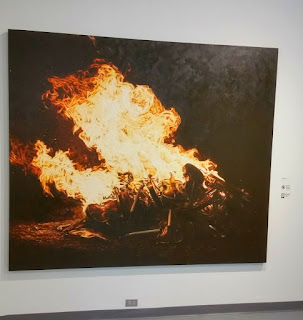 I also liked Scherzo by Julie Comnick. It's a bunch of violins in a bonfire. Very beautiful and bold. 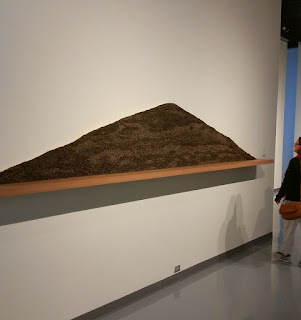 Modern art can be odd, and this one sure was. My mother thought it was made of brown carpet, but it's actually burnt matches. It's called Burnt by Becky Alley. While odd, I actually thought this was pretty neat. Must have taken a lot of time for this one. 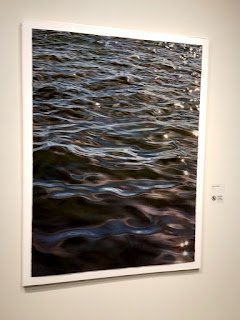 This one apparently had no name but it's done by LeeAnna Repass. Reminds me of the ocean which I often yearn to see again. 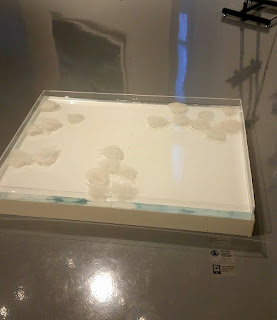 This was probably my favorite piece. Obon: The Returning of the Spirits by Miya Ando. I think it was made of leaves (or things to look like leaves should I say) and it's very pretty. 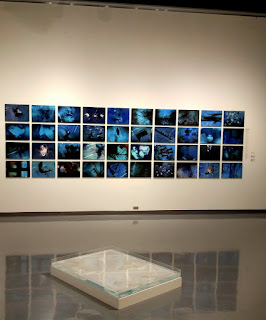 And finally 40 Days After the Storm by Krista Steinke. A mixture of photos taken during the aftermath of Hurricane Harvey.  One by one, they're not so special in my opinion, but together they do form a "pretty picture". 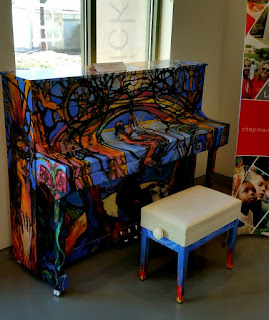 And near the entrance/exit is this colorful piano. Music is a form of art, as well after-all.
Posted by Adam at 12:44 PM

Impressive. Thanks for sharing, Adam.

Thanks for sharing Adam, you have a real appreciation of art.

Wow, the awesome art, love it.

This is so cool! I absolutely love art museums.

That 40 Days After The Storm looks pretty awesome:)

Many times modern art confuses me as well, but these all look like interesting pieces.

Quite impressive. I always enjoy looking at art.