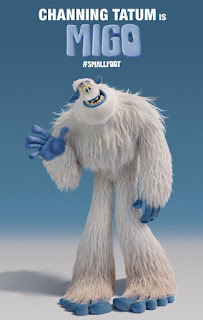 Smallfoot was a movie I remember seeing the trailer of last year, and honestly, I was impressed by its cleverness. It's a movie by Warner Animation Group, Warner really got left behind for years in terms of 3D animated movies when it came up against Pixar and Dreamworks. Besides Storks (which I have not yet seen), they've only done the Lego movies, but like Storks, Smallfoot is a purely original work. 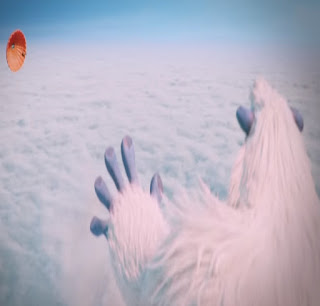 The story's main character is Migo, a Yeti who is about to be fully grown and respected. All is good in Yeti land, and everything works in harmony. However by chance, Migo comes across something he has never seen before, but the only thing he ever sees are yetis, yaks, and snow. It's a human which he calls a "smallfoot". However the human goes to the land below which Migo was told didn't even exist. 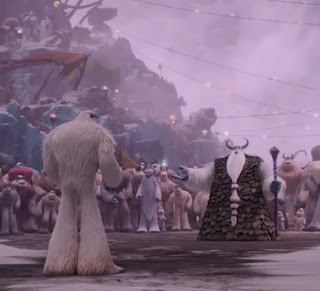 The yeti community had been told for countless generations that a "smallfoot" was impossible. It was on a "holy stone" and the holy stones don't lie. However Migo is amazed that something could be wrong, and tells everyone. However the Stonekeeper (essentially the tribal leader), banishes Migo until he "tells the truth". 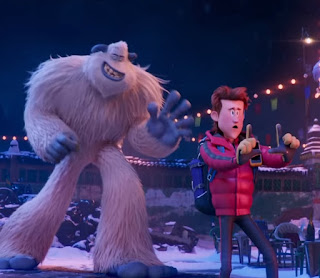 Which Migo goes out to the real world and comes across a human community. He bumps into Percy Patterson, who has a TV show about animals. However his ratings are flat, and he wants to make up a fake yeti story to get fame. His assistant Brenda leaves him for moral reasons, but soon enough Percy meets Migo and it will shake both human and yeti kind in ways they never expected. 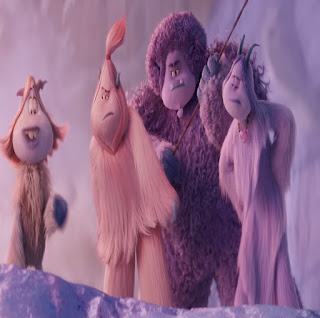 Overall Smallfoot was a decent film, but not nearly as good as I hoped from the trailer. It did well at the box office and with critics, but I'm not shocked that it wasn't nominated by the Academy Awards for Best Animated Feature. I did like the symbolizing in the story which is a huge criticism of communities blindly following organized religion, though they play it safe enough not to make a super-bold statement or cause major controversy. I'm sure some church somewhere is going to show it on a "movie night" and not get the irony.

This sounds like something the Husband I would enjoy.

Thought about seeing this one, just never got around to it. After reading your review, I think I'll pass on it.

My grandson (very discerning taste at 6 yrs. old) and I went to see it. He even laughed at times! We enjoyed it. Give it a shot.