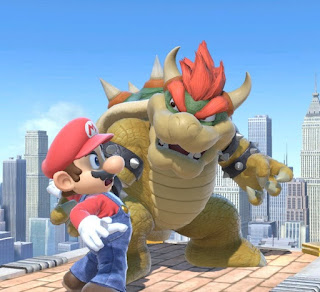 This King of Koopas has been in the series since Melee, but Ultimate was the first time I really liked  playing as Bowser. 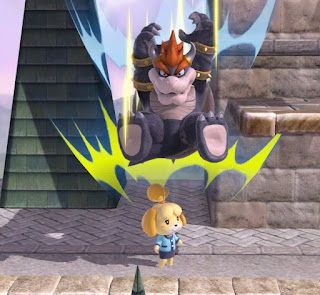 He hasn't drastically changed since the previous games. He's by far the heaviest fighter which makes him difficult to knock off the stage. 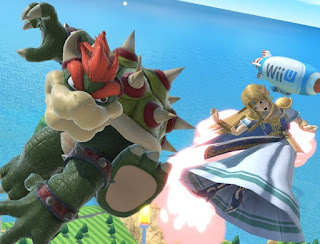 And he's got great power to him. Not many of his attacks are weak. 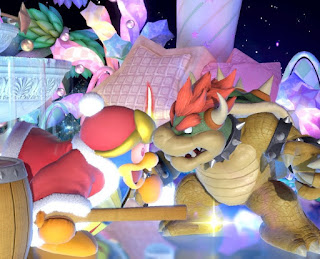 And he's got decent agility and speed as well. He's actually who I used for the majority of World of Light. 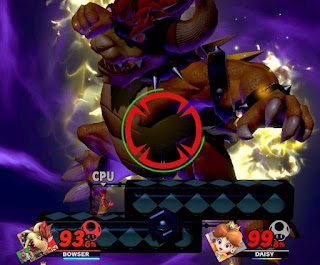 His Final Smash is still the transformation into Giga Bowser, but this time you're on the far back of the stage where nobody can attack you. You can throw a few giant punches and anyone hit is pretty much a goner. This came in handy plenty of times, especially during World of Light. 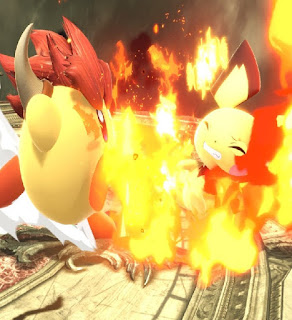 When Kirby takes Bowser's power, he gets his flame breath. A pretty good attack to have. 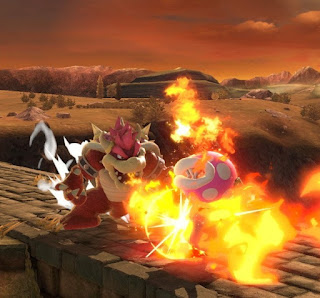 Online I did pretty darn well with Bowser. He's a little worse during HP battles but not too bad. I like how his grab special can guarantee a KO if the opponent is on the edge of the stage. While you perish first if you use this move, if you're up with two lives left, and your opponent has just one, it's an easy win.
Posted by Adam at 11:30 PM