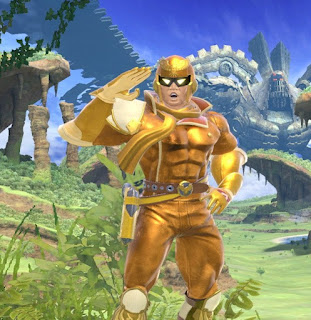 While F-Zero remains one of Nintendo's more niche series, Captain Falcon has always been a popular fighter in the Smash Bros. games. While never my top favorite, I've had my fun with him from time to time. 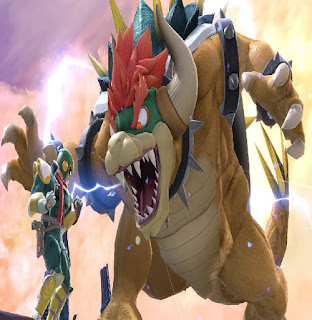 Despite his look, Captain Falcon has plenty of power to him. 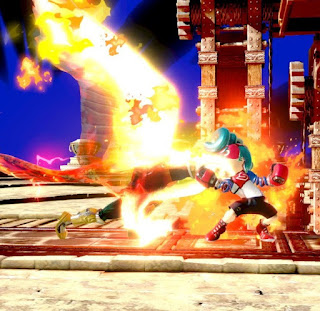 And he's fast and agile too. It's a challenge to dodge and block his moves from more skilled players. 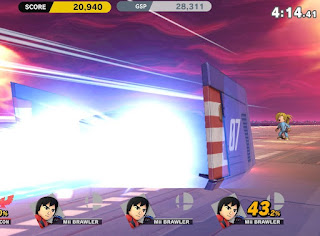 His Final Smash, the Blue Falcon has been the same since Brawl. It's okay, but not my favorite Final Smash. 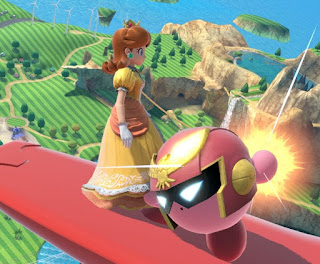 When Kirby takes his power, he gets the sweet helmet and the powerful Falcon Punch. 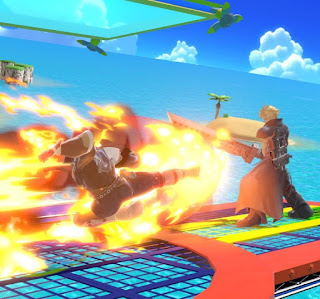 Online I did decent with Captain Falcon, but I faced players who were far better at using him than I ever hoped to be.
Posted by Adam at 11:30 PM