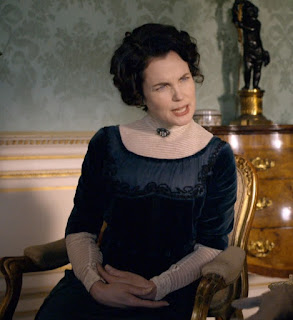 Out of the major characters, Cora was one of the weakest in my opinion, but I still liked her greatly. I liked how they made the wife of a British earl, American. She was born in a very wealthy family, and at the time, many girls in similar families wanted to be British ladies. British lords at the time needed good dowries as a modernizing world left them with the ability to not afford the luxuries of their fathers and forefathers. 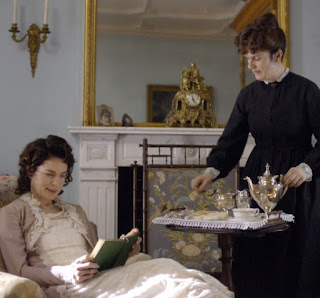 What I like most about Cora is that she was usually very kind and often the voice of reason. However she did have a few moments (which I found as "out of character") where she would be rather smug and high-born and talk down to servants and other common people. Part of which causes her maid O'Brien to plant a bar of soap near the bathtub. A pregnant Cora has a miscarriage to a boy, which is a huge shock to everyone in the household. At this time, Matthew and Mary were not likely to marry, so her having a son would have settled the inheritance question. Due to Robert's late father, her share of her father's fortune was inseparable from the lordship, making the next Earl of Grantham heir to it despite three living daughters. 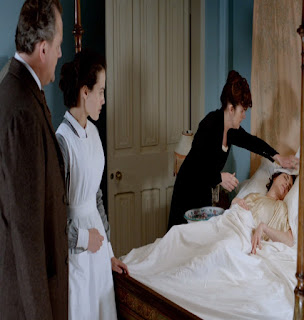 She catchers Spanish Flu in one of the earlier seasons, but since she was older (Spanish Flu was ironically more deadly for younger people) she survived though not before a big scare to the whole family. 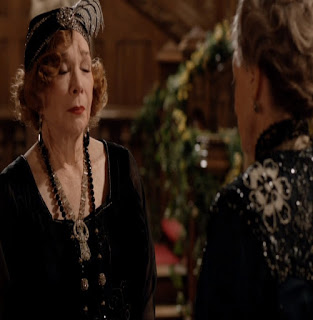 When Mary gets married, we get to see her mother Martha Levinson arrive to England. When Robert messes up the family's fortune, she is unwilling to help besides offering to house and entertain any family member in America. This proves to strain the house's spirits. 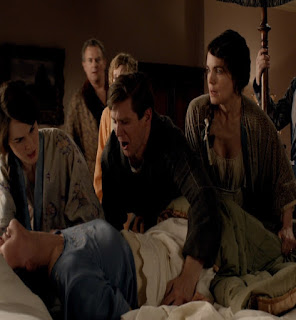 But Cora's biggest test of character was when Sybil died. Due to a new doctor's opinion, Sybil passed away from eclampsia. She blamed her husband deeply for it. If I recall right, Cora and Robert were the most fond of Sybil, which made it so shattering that she died so young. 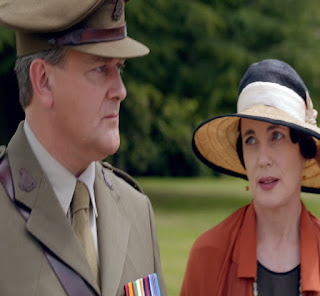 But she eventually forgives Robert and they work on the rest of their slighty-strained marriage for most of the series. She talks some sense into Robert when he deduces that Marigold is Edith's daughter. 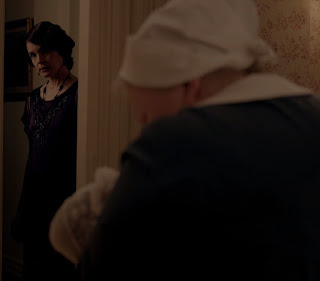 I did love the moment where Cora catches the new Nanny West calling Sybbie a "wicked little cross-breed" as she was half-Irish and fires her on the spot. 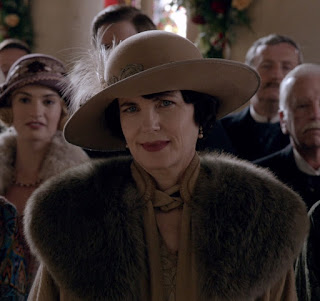 Out of the main cast, her status changes very little from the start of the series until the end. But she has seen and experienced great pains and joys.
Posted by Adam at 11:30 PM

I found Cora a strong character but the character of reason who holds the family together and can hold her own against her strong mother I. Law. Remember how she helped Lady Mary with that Turk...aparrantly based on a true story

She was my favorite. She has such a calming presence, but was tough when she needed to be.

I believe this character was of the upmost importance in the series.
She had sense of character and brought some semblance of the early 20th century to the landed gentry of that time.
She certainly had ,the first in the family besides Sybil, to realise the impact of having Tom Branson in the family.

I think your previews of decent movies or series is on the improve, Adam.
Cheers
Colin