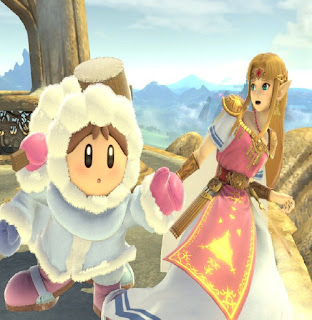 The Ice Climbers are back after being left out of Smash 4. While they were never my favorites in Melee or Brawl, I'm glad to see them back. 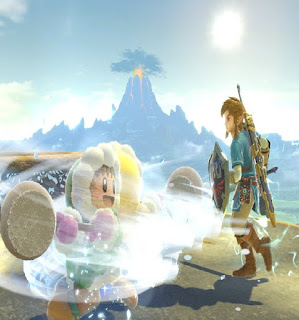 Like usual, they're about what you'd expect. Two Eskimos who know how to use mallets and the power of winter weather. 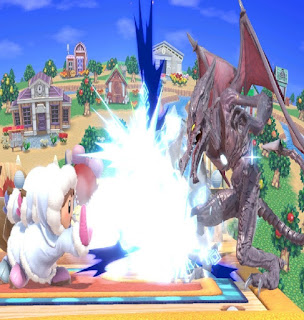 They work really good as a team. So if you're against them, getting Nana eliminated will make Popo pretty easy to defeat. When playing as Ice Climbers, it's not very fun to be just Popo without his sister. 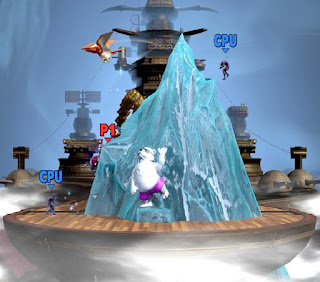 Their final smash is a giant iceberg, just like Brawl's but with differences. I didn't like this one too much. Not very powerful, in my opinion. 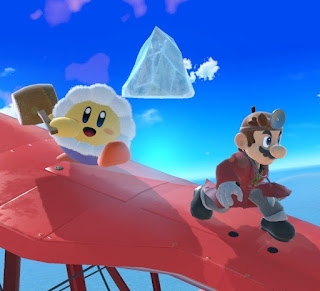 When Kirby takes on the Ice Climbers' power he can summon a mallet and a block of ice. It's an okay move, but nothing special. 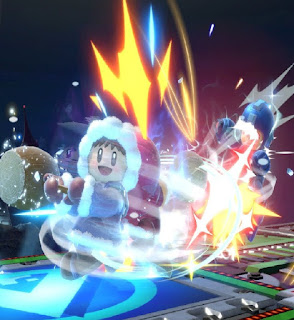 Online I did decent and far better than I expected with the frozen twins. In World of Light, they didn't do me much good, but I was a little shocked that some players had so much trouble against them.
Posted by Adam at 11:30 PM