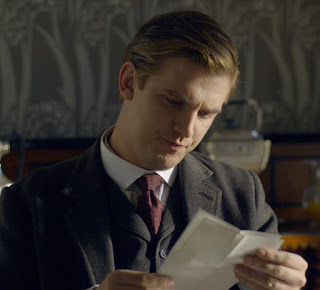 Probably my favorite character on the show, he is the distant cousin of the aristocratic Crawley family. Since British law dictates that only direct-male lines can inherit (irony there considering the royal family switches), Matthew is surprised to hear the news after the future heir dies during the Titanic. 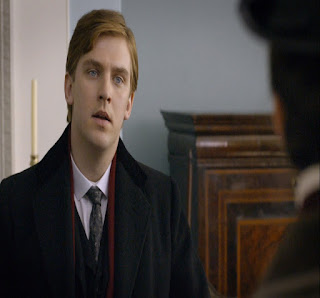 Far more down-to-Earth than his distant cousins, Matthew does accept his destiny to be the future Earl. He makes the mistake of commenting that the family would push on his daughters on him, and then he sees Mary who overheard. He obviously likes her on first sight. But after a season, they end up not being together. 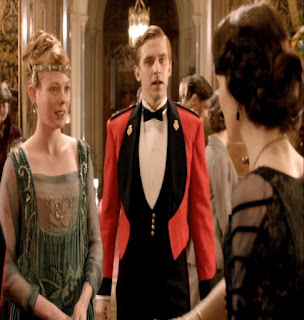 Matthew ends up dating Lavinia Swire later, and Mary tries to make the best of it. 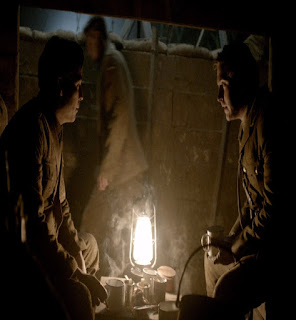 But both ladies wouldn't see much of Matthew during his tenure fighting in the Great War, known later as World War I. 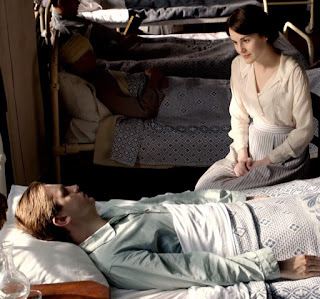 He ends up gravely wounded in battle. 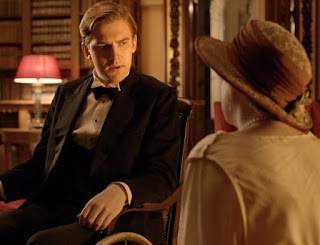 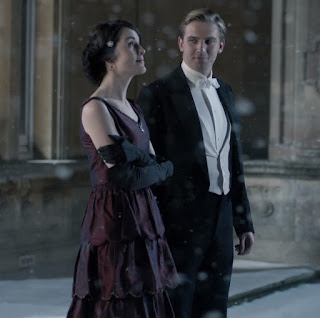 So in time, he asks Mary to marry him. Which excited most of the views, despite Mary often times, not being worthy of "happiness". 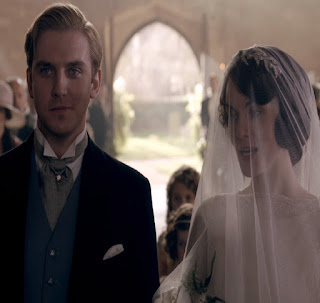 Their wedding is a big ordeal and nothing out of the normal happens. 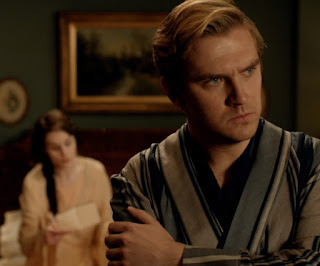 Their marriage is mostly a happy one. The only thing that strains it for the most part is losing Downton due to the fortune being lost. Matthew inherits another fortune but it is ridden with guilt if he uses it to rebuild Robert's legacy. 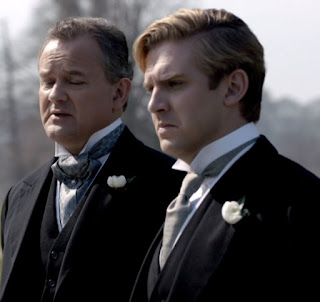 Robert offers a compromise, Matthew invests in the estate, and him and Robert are equals on all matters of the household. 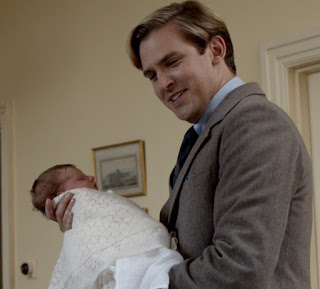 At the end of the third season, he finally has his own son. He is so thrilled and filled with joy over the whole thing. 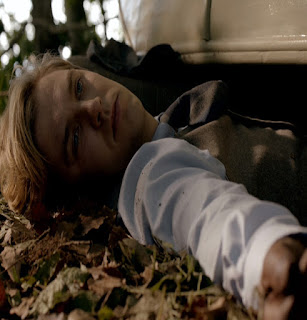 And dies from a car accident after being so "happy" and not paying attention. In truth, Dan Stevens wanted to leave the show, and they had to kill him off. Which is something he still apologizesfor to this day.
Posted by Adam at 11:30 PM

Wonderful series and he was a lovely actor in it.

He was a great part of the story of Downton Abbey.

When this series takes place - pre-WW1 to 1925, I think the royal line
was via males, if any exited, then females - thus Victoria of the 1800
era.
Colin
PS: Good analysis of this part, Adam - you are improving, mate.

You're are correct, it seemed salic law dictated the nobility, but the royalty was more flexible. Especially as the Normans under William I couldn't even get succeed by a grandson, it had to go through a granddaughter.

I liked him too! I just recently watched Beauty and the Beast and realized he was the Beast lol.