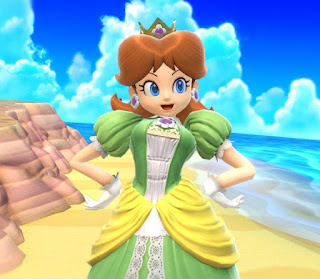 Since she'd play most likely as her counterpart Princess Peach, she wasn't a highly requested character among fans, except maybe Luigi fans (as she's his presumed girlfriend) that is. And sure enough she's an echo fighter of Peach. 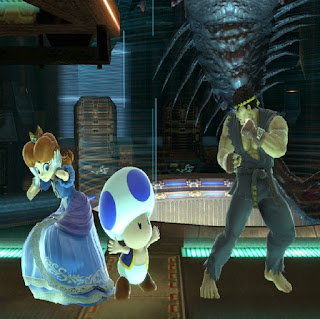 Which isn't a bad thing. The Toad (this time he's blue instead of red) shield is a really good move and can put in the best players at bay. 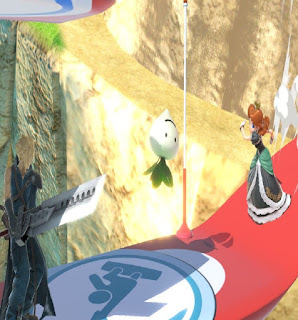 And other things like throwing turnips...not so much useful. 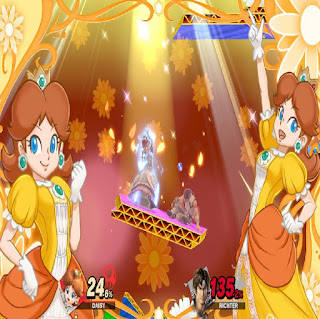 Her Final Smash is just like Peach's. All foes fall asleep (for easy attacks) and she can regain health through daisy flowers instead of peaches 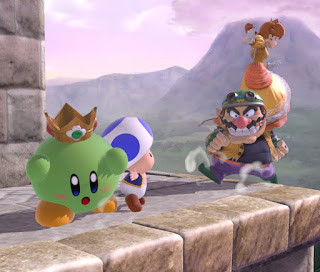 Like when Kirby takes Peach's skill, his Daisy crown is about the same. Except this time with a blue toad. 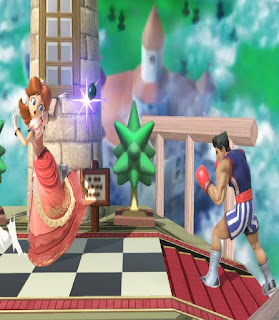 Overall Daisy is 99.9% the same as Peach with very few differences. A bit disappointing in that regard. Like Peach, she's got some useful skills, but her lack of strength without items does hurt her abilities. I'd side with Peach over Daisy as it seemed like I did better online with Peach but that could have been luck.
Posted by Adam at 11:30 PM