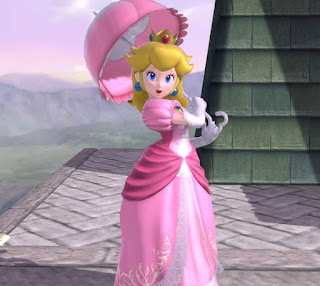 A series regular since Melee, Princess Peach has always been a decent (and surprisingly strong) fighter in the series. She's never been one of my favorites of all time, but she's a decent one. 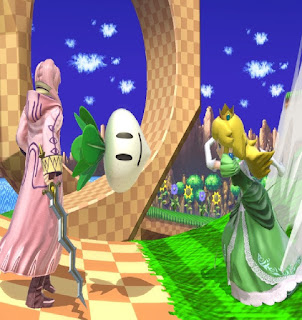 Some of her moves are a little dumb. Like I never understood the point of the turnip. It's as weak as Mr. Saturn. 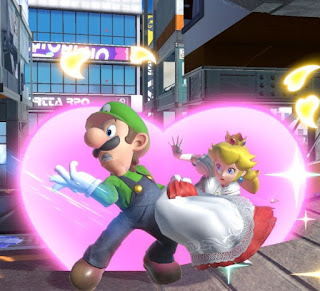 But she does have some powerful moves, but compared to heavy-weights like Bowser and Donkey Kong, she gets more powerful attacks with items. 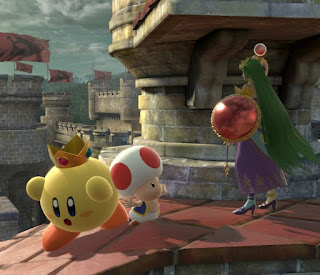 When Kirby takes her power (and apparently her crown as well) he has the ability to summon Toad to his side. This move is actually pretty good. When attacked, Toad will negate the attack and hit the opponent with a pretty strong force. One of the better moves for Kirby to take, as with Peach too, it can really be a valuable asset if used right. 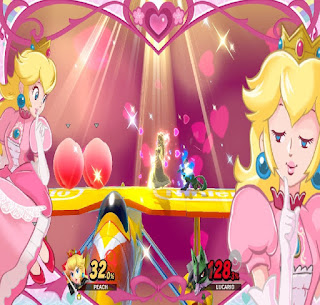 Her Final Smash, Peach Blossom is pretty much the same as it was since Brawl. Her foes fall asleep for a moment and she has peaches to regain her health. Pretty pathetic compared to the Giga Bowser punch or the Zero Laser. 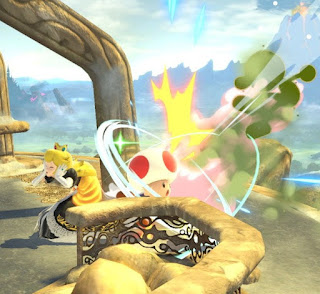 Online I did okay with Princess Peach. No enemy ever totally outclassed me at any given time, but I found it difficult to get a real edge over opponents. Since most matches online are on small stages with no items, Peach certainly lacks a good bit of power to really stand her ground, unless it's a HP battle.
Posted by Adam at 11:30 PM

Peach's final smash covers the whole stage, even off it, so foes just fall to their death. Also turnips aren't weak like Mr. Saturn's damage. The stitch face turnip has strong knockback and does with a dash throw, 35% damage. It makes 0- to deaths. You can throw it offstage and make it impossible to avoid, Ko'ing at like 40%.