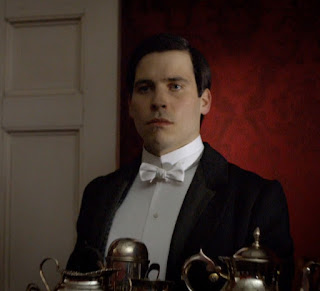 Despite his uneven moral compass, I really did like Thomas Barrow on Downton Abbey. At the start of the show, he's a footman who has a decent bit of tenure under his belt. Though he wants to move up the ladder, and is very upset when Lord Grantham hires his old war buddy to be his new valet, when Thomas felt like it was his job. 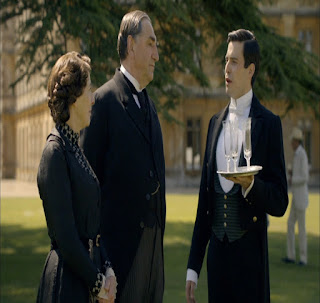 So after some scheming and plotting to get John Bates fired, Mr. Carson eventually have the idea that Barrow was behind it. They're about to fire Barrow for taking a bottle of wine, but he ends up giving his notice instead to work in the British Army's medical corps. 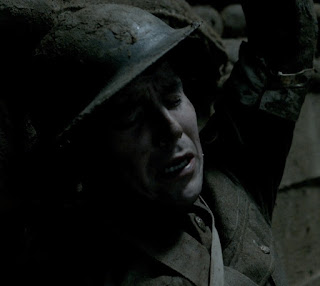 Like many, Thomas thought that'd be a safe place to be during the Great War (World War I), but he was in the heart of the chaos. He throws his hand out with a light, in the hopes that a German solider would wound him to send him home. 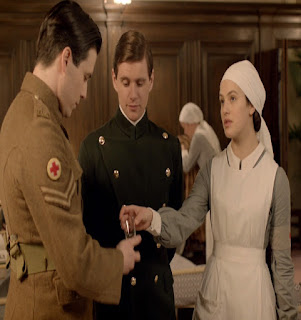 Which is successful, and Thomas spends the rest of the war in England helping injured soldiers. He ends up bonding well with Lady Sybil Crawley who volunteered as a nurse. While Thomas doesn't seem to care for many, he is very upset when Sybil dies after childbirth and he is very defensive of her daughter Sybbie Branson, especially after a new nanny hates the child for being half-Irish. 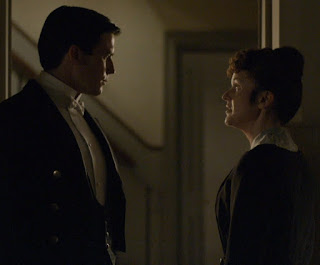 Thomas gets into his most "evil" with Miss O'Brien. They were close allies until her nephew Alfred comes to Downton. Thomas was promoted to valet, and Alfred becomes a valet for Matthew. Since Barrow waited so long to be a valet, and to see Alfred have it so easily, he refuses for the sake of his pride to teach him. Then O'Brien and Barrow become bitter enemies, until she eventually finds a job elsewhere. 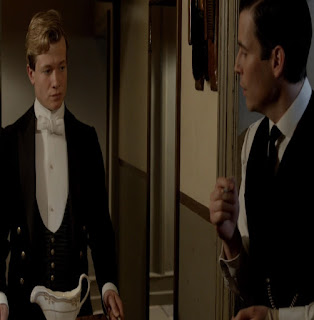 Thomas's preference for men had been clear since the first episode after we see him bitterly end a relationship with a duke. His biggest crush is Jimmy Kent, whom is so handsome that pretty much all the women at Downton were stunned by the first look of him. Thomas mistakenly thinks Kent likes him and makes a move. Which almost ends up getting Barrow not only without a job, but behind bars. 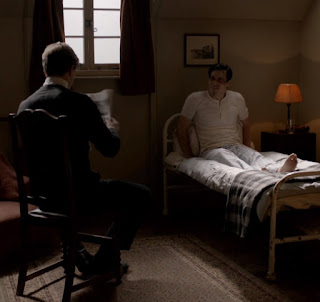 But Robert Crawley defends him, seeing that Thomas did not choose to be the way he is. Jimmy is at first disgusted by Barrow and hates him. But after Thomas gets beaten up by some thugs that were after Jimmy, the two become platonic friends. I thought that was a very sweet moment. 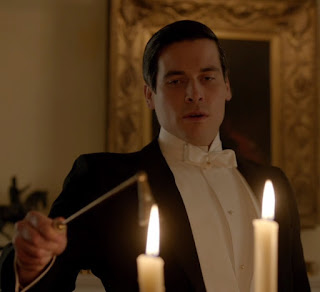 At the end of the series, he leaves Dowtown to be a butler for a smaller house. He finds this work to be unhappy (partly because he's not only the butler, but the valet, footman, and the driver of the family he serves) and luckily Mr. Carson's health prevents him from being a butler, and so Robert makes Thomas the butler at the very end.
Posted by Adam at 11:30 PM

He was a strange "loner". Must have had a terrible childhood.
A good person for psychiatrists to use in a class for students to
analyse.
IF and hopefully the series does continue, it will be interesting how Barrow does fit into his new role as butler to Downton Abbey.
Colin