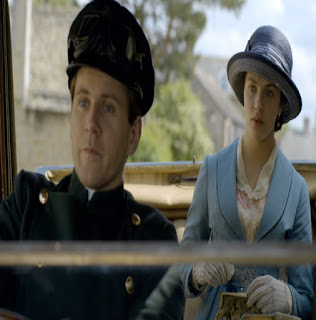 Tom Branson was one of my favorite characters in the whole show. He first appears as a driver for the Crawley family, but you really see him drive Sybil Crawley for the most part. They bond over politics as Branson is an Irish Republican (and a Socialist) and Sybil is interested in women's suffrage and rights. 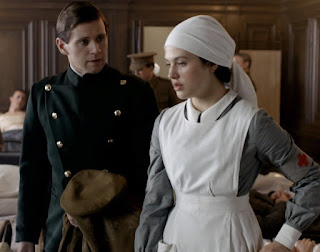 Their attraction to one another becomes apparent early on but it gets put on hold awhile due to the first World War. Sybil spends most of her time as a nurse for the Red Cross. 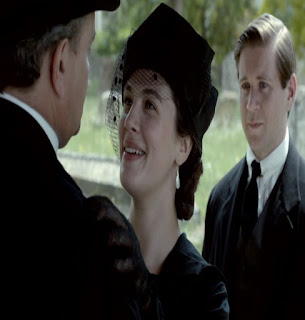 But the two decide to get married, with or without a blessing from every family member. The biggest one to convince was Lord Robert Crawley, but he eventually opens his heart. And despite the "scandal" of a Lady marrying a servant, the Earl manages to downplay it to the local press. 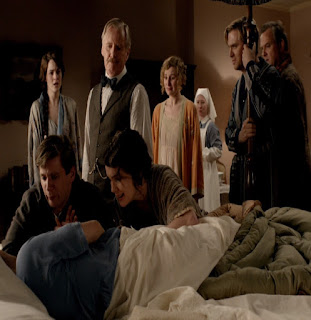 The two are happily married (despite financial struggles) but the marriage ends when Sybil dies in post-childbirth complications. This was amazing acting for all those in the scene. The event caused a lot of tears for the characters and most of the people watching it. 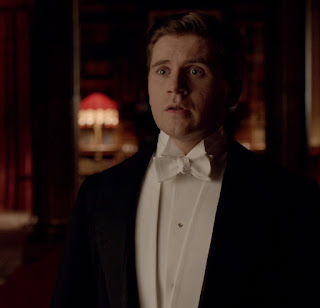 Tom stays in the mansion for the most part, as a transplanted member of the upper class. Though he still stays true to his working-class roots. 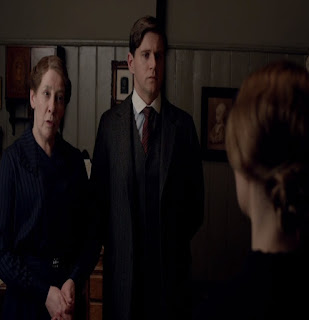 He doesn't get into many feuds for the most part. The biggest drama was when a new servant wanted to have his baby. But Mrs. Hughes managed to help Tom, and they outsmart her after Tom fell into some "weakness". 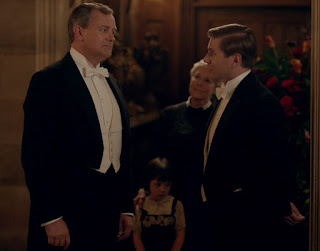 But near the end, he moves to Boston in the United States, a common city for Irish immigrants. 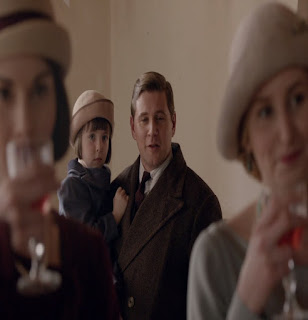 But he returns after a brief stay in America, and stays in Downtown for what we would presume, forever. Which I'm glad.
Posted by Adam at 11:30 PM

My daughter and I binge watched the series last year, we loved it.

I have to see this series! Thanks for the review!

I hope to watch some of this...missed it all and I don't know why...hoping Netflex has it going....

I can't wait for the movie! I was shocked when I figured out Sybil was going to die...I hated that never mind what comes later. I love Branson but wanted him to smarten up and finally decide to stay with the family,...which he finally did

We faithfully watched almost all episodes. I yelled at the tv when Sybil died, when Matthew died, when...all these characters dying.

After that, I stopped.

He was one of my favorites as well. I am really looking forward to the upcoming Downton Abby film!

Good God - lest hope that the movie sticks to the script as in the BBC TV series.
If Hollywood gets hold of it, it will be a bloody f**king disaster.

I read that most of the cast want to continue the series. There are still a lot of events to happen - Tom re-marrying and the obvious choice appears to be the editor employed by Lady Edith - at long last happily married.
Then the birth of Henry and "lady Mary's' child.
I read in a review that Maggie Smith, the dowager countess, is prepared for one last episode but has stated that she has to die in the first episode. Stated she is "too long in the tooth" to last for any more -ha ha.
Typical Maggie humour.
Colin

PSL "DJ" don't waste your time, you wouldn't have the brains to follow the
story and the time/period of the saga.