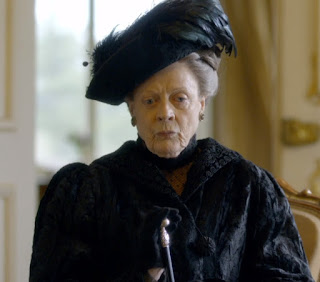 Before Downton Abbey, I knew Maggie Smith best as Professor Minerva McGonagall in the Harry Potter films. By the time Downton Abbey was over, I kind of forgot about her role as a magical witch, this Lady Crawley outshines that role in my opinion. She's the mother of Robert Crawley, the current Earl. While she no longer lives at the estate, she's a frequent guest. 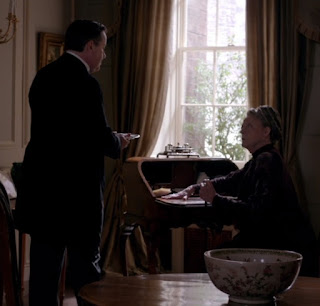 She has her own home with her own servants, though very few compared to Downton. She mainly has the butler Spratt and the maid Denker. The two of them would fight and fight, giving a decent story-line to her household affairs. 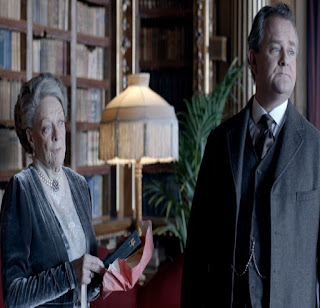 But she mainly is with her own family. While she is on mostly good terms with her granddaughters, she often ridicules her son Robert. Though she often is a good deal of support for family members in times of need, though she does have her "conservative" moments from time to time. 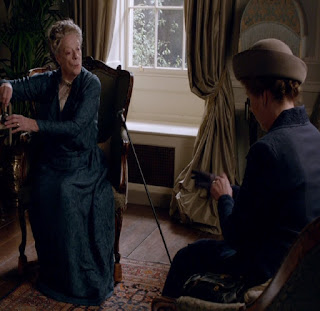 Along with friendship and rivalries that often cross very blurred lines. She always had the best insults, but deep down, she was a good person, and never had any true enemies for the most part. 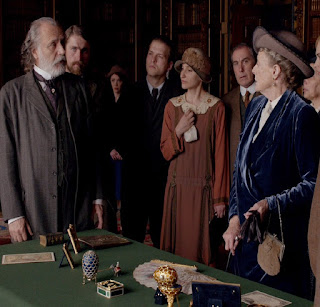 I thought the story of where an old Russian prince tells everyone that the two of them were madly in love in their youth and almost eloped. It is strange to imagine her as a young woman, especially capable of making "modern" mistakes. 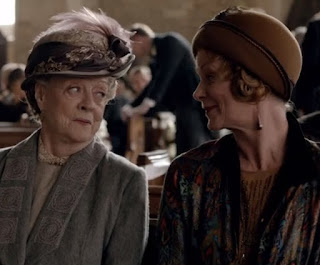 She outlives many in her personal life, to the extent that the actress Maggie Smith can't believe she's still alive. By the end of the series, she joked that she was well past a hundred. I think 84 was the official number.
Posted by Adam at 11:30 PM

I do like Maggie Smith as an actress, so I think I would enjoy seeing her in Downton Abbey. I'm home for a couple of months, so maybe I'll find some time to watch more tv. Thanks for sharing.

She's a great actress. Have you seen her in "lady in the van"? Great movie.

She is superb for the role.
I think her roles in the "Best Exotic Marigold Hotel" were something to
behold. A true dame of the theatre and cinema.
Colin