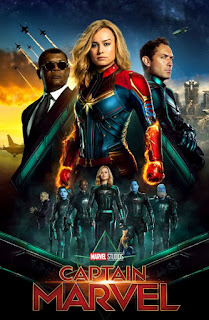 The MCU has seen many films so far, but never a film with Carol Danvers. She had been known as Ms. Marvel for many years but she did take the title of Captain Marvel in the comics eventually. This lead some to think that she was the same character as DC's Captain Marvel, whom is known better today as Shazam. This led some conservative nerds to go crazy over something that wasn't even an issue. Brie Larson had also previously ticked off the far-right wingers with some comments, so there had been a lot of toxic opinions around Captain Marvel, probably 95% from people who didn't even see the movie. Since Captain Marvel is setting up the stage for Avengers: Endgame, I had to see it, and soon. 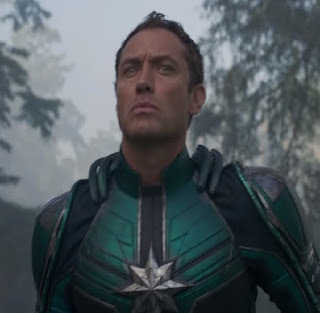 The movie starts in 1990's, but far away from Earth. An alien race known as the Kree have protected their system of planets from the Skrulls for countless years. A Skrull alien can shape-shift down to the subject's DNA and recent memories, which makes them a stubborn enemy to vanquish. Kree military captain Yon-Rogg and his team are out to stop a force of Skrulls from getting something than can move at the speed of light, allowing them to take over distant worlds. 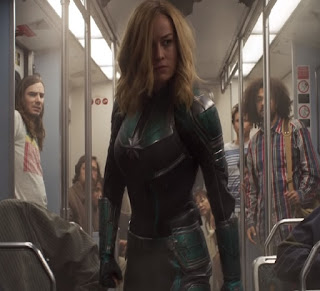 During a mission, a Skrull gets the upper-hand on Vers, a powerful but inexperienced Kree soldier. They capture her and tap into her memories. Before her capture, she had strange memories of a woman she can't remember meeting per se, and a past life on Earth. She ends up getting out of the Skrull base and crash lands to Earth. 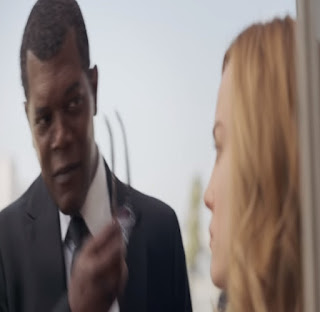 She ends up going through the roof of a Blockbuster and easily getting the attention of SHIELD agents, especially Nick Fury and Phil Coulson. Fury was not even agnostic about the idea of alien lifeforms, but he becomes a firm believer when he takes down a Skrull and sees his true green form. Fury and Vers form a shaky alliance to get to the bottom of the whole thing. Something is wrong not only on Earth but in the Kree Empire as well. 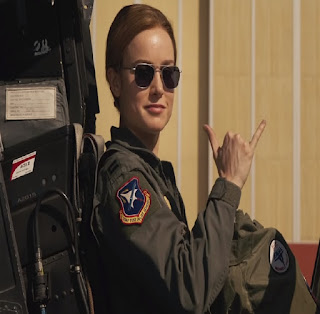 Overall Captain Marvel was a good movie, certainly far better than insane Republicans have been trying to paint it as. But up against other movies in the MCU, it's not down with Thor: The Dark World but it's certainly not nearly as amazing as the first Avengers, Captain America: The Winter Soldier, or Infinity War. While I enjoyed a twist it did, it did kind of dilute the ending to me. I also did enjoy seeing Nick Fury and Phil Coulson again, as they have been rather distant in the MCU since Phase One ended.

I'm looking forward to seeing this soon too. I understand it's essentially a prequel to the entire MCU series of movies. Plus necessary for Endgame, as you say.

I'll see it once it's out on demand.

I've tried watching super hero type movies, but have never been able to get into them.

I wasn't sure I wanted to see this movie, but you're review has convinced me I do. Thanks,Adam. I also got to find out what the big fuss is all about by the short-minded ones.

I've been excited by the hype, and have always been a fan of action hero movies, so this has been on my list to check out. It's also cool that Nick Fury stops by, and it was great to see that the movie topped the box office this past weekend. Thanks for such a great review! Hugs...RO