Fact of the Day: Otto and Charlemagne 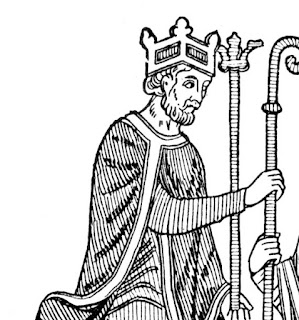 The Holy Roman Empire (mostly modern-day Germany and Northern Italy) was an important power in European history for about a thousand years. However, there are two "founding" Emperors. Charlemagne is the "first" and he was crowned as the Roman Emperor because the Byzantine Empire (Eastern-Roman Empire) was run a woman (Irene of Athens) instead of a man. While he ruled over much of the future Holy Roman Empire, the future empire did not include much of modern-day France. His kingdom split just two generations later, and a German king over a century later reigned as Otto I, as the Holy Roman Emperor.
Posted by Adam at 12:00 AM

Email ThisBlogThis!Share to TwitterShare to FacebookShare to Pinterest
Labels: fact of the day, france, germany, Italy

Very succinct summation of a big slice of history. So long ago, so far away.