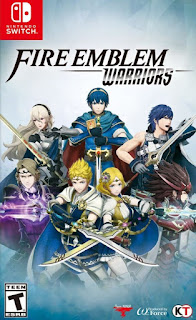 I originally started to play Fire Emblem Warriors in late November. But after Super Smash Bros. Ultimate, I haven't had much time for it. I borrowed it from my library, and up until recently, had I went to borrow it again. I wasn't too impressed back last year, but I had a better opinion than I did of Hyrule Warriors back on WiiU. While I loved The Legend of Zelda games, I wasn't a fan at all of this crossover into the Dynasty Warrior series. Well, now it's Fire Emblem's turn. 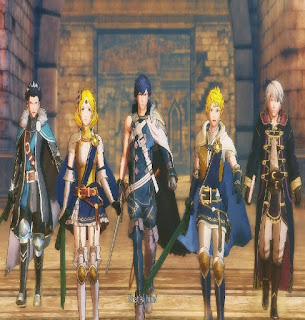 The game meshes a lot of the story and characters from the recent 3DS Fire Emblem games, with Fire Emblem: Awakening taking the most notable lead. They do make some original characters with Prince Rowan and Princess Lianna. They end up crossing paths with Chrom, Robin, and the rest and they even meet "Marth" who is really Lucina. 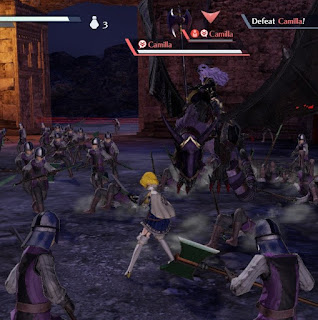 The game-play is mostly what you'd remember from previous games in the "Warriors" series. You take control over several lead warriors on a rather large battlefield map. While there are countless foot soldiers, they aren't a big deal. Fort captains and other major warriors are your primary concern and bosses can be far worse than them. 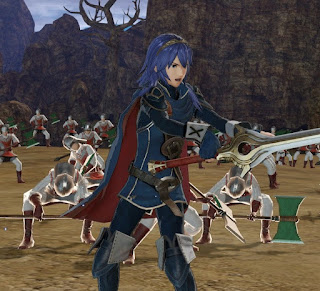 While Hyrule Warriors tried to put Zelda items as a big deal in the Dynasty Warriors formula, the series does something different in its "marriage" to Fire Emblem. You have a party of teammates, and each character has their pluses and minuses. Depending on your part in the story, you can't use certain characters in certain battles. While you can only control one character at once, you can command the others on a battle map very much like the real Fire Emblem games. 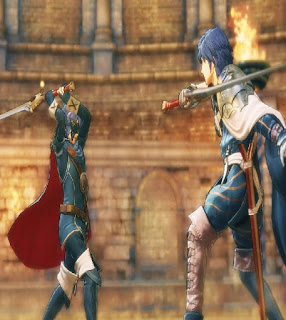 But at the end of the day, Fire Emblem Warriors is only a tiny bit better than Hyrule Warriors in my book. That being said, I'm never trying any of these "Warriors" games ever again. The battles are too long, too boring, and too dumb. Many things just happen without much sense, and deja vu is rampant. Plus trying to tie unrelated Fire Emblem plots together is really dumb. While the game has many fans (like most of the Dynasty Warriors games) I disliked it.