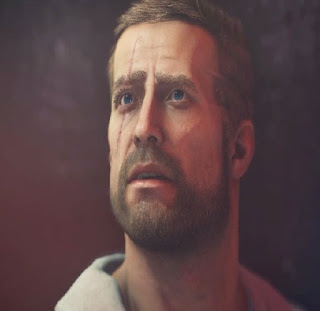 Wolfenstein 3D was not the first FPS in the history of gaming, but it was one of the first major ones. It also inspired the same team to make the series Doom, which really made the genre popular. The two series have been rebooted several times over the console generations, with this being the latest one. Technically a sequel to a game that wasn't on Nintendo Switch, I had to kind of understand what was going on. 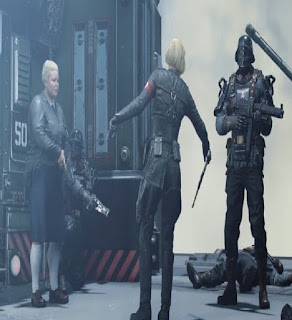 The new Wolfenstein invents a story where Nazi Germany won World War II. The game is now set in a very grim alternate version of the 1960's. Apparently the hero took down some bad people in the last game, but now there's even more and they're winning. 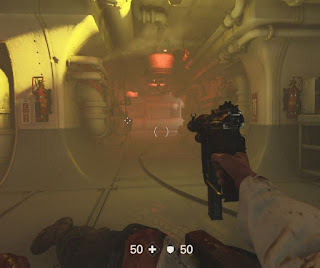 The final battle must of been tough in the last game, as you start out having to fight in a wheelchair. It's an interesting take, but it's rather annoying once the action starts to get tough. 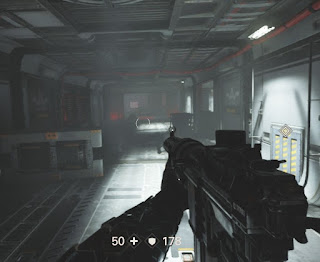 But after a rather novice mission, your legs start to work (thanks to a high-tech battle suit) and it starts to feel normal again. Like Doom (which I also played on Nintendo Switch), Wolfenstein feels a lot like the FPSs of the 1990's. I know some like the nostalgia, but I'm rather skeptical if I'm really going to enjoy it to the end.
Posted by Adam at 11:30 PM