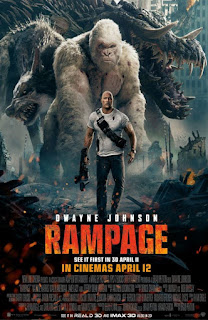 Rampage isn't a movie I can recall hearing about last year. But I eventually heard of it and decided to give it a chance. I kind of forgot about the video game series called Rampage because it was never the biggest name in gaming, and it hasn't been relevant in many years. Why anyone had the motivation to translate a long forgotten video game to the silver screen, I'll never know. But the big question is, was it any good? 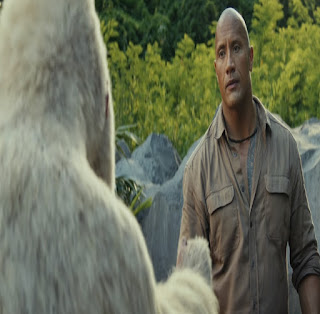 The movie is about Davis Okoye, a former soldier turned primate scientist. He rescued a white gorilla named George from poachers back in Africa. He raised the gorilla to learn commands and some simple English. George even knows some "sign language" that Davis Okoye comically regrets teaching him. 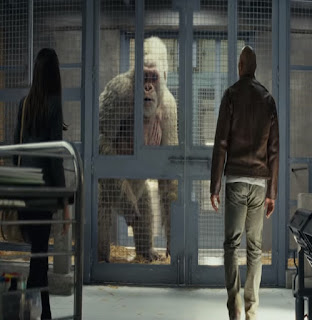 However strange things happen to George. He starts to grow larger and larger by the day. While gorillas grow to be quite big, George is getting to be supernaturally strong and tall. He also starts to become much meaner and violent. Due to the help of another scientist, Okoye learns that a pathogen has changed George for the worst. 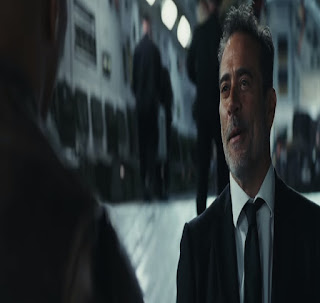 And it doesn't take long for the government to take notice. Agent Harvey Russell takes custody of George after things go sour. However, Okoye tells him a simple truth. While George might be tamable for a few hours, in mere days, he might be unstoppable. To make matters worse, a wolf has been affected by the same thing, and it's not going to be pretty. 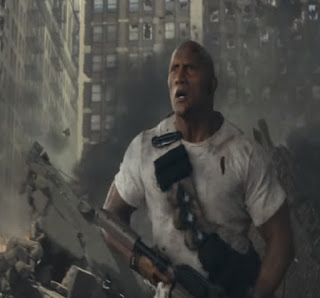 Overall Rampage was an okay movie, but probably pretty forgettable in a few years. Dwayne Johnson is the leading man for almost any Hollywood action movie, and he certainly made Warner Bros happy when the movie did well at the box office. I'm not sure if they're going to try for a sequel, but I'd rather wish they'd leave it at that.

Email ThisBlogThis!Share to TwitterShare to FacebookShare to Pinterest
Labels: movie review, the rock

Heard of it but haven't seen it. Sometimes, these sort of dumb action movies are fun, but as you say, unnecessary sequels can really ruin it.

And me, why did he do that.

I plan on watching it at some point.

Not my kind of movie, but good review.

I haven't heard of it...I like movies with gorillas in them...loved the original KING KONG and then loved the remake....wonder if Netflix has Rampage ?? I'll ck it out...thanks, Adam

Looks incredible, I most need to watch it.

Gorillas eh? Funny how a reader likes them.
She has a role model in Trump - maybe he could star in the next re-make of KING KONG, it would be right up his alley.

No way, Adam, would I lower my intellect to watch something as freakishly stupid as these sorts of movies!
Colin

I never heard of that movie, Adam but I don't think I would watch it...lol

I like Dwayne Johnson but this movie looked stupid, so we passed on it.

Oh, yeah. We watched it and enjoyed it. Plot, CGE, hunky Dwayne Johnson, and humor. It is worth watching indeed.

TBH, I would watch anything with The Rock.