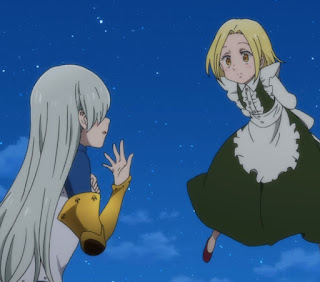 Late last year I started Seven Deadly Sins, and after a pure filler of a "second season", the third season Revival of the Commandments is the true second story arc of the series. While I liked the start of the first season, it loses its steam and finished as "good" but not "great". So what about this new season? 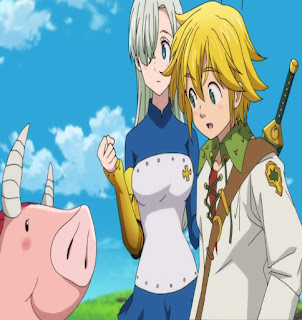 The story takes place not long after the events of where The Seven Deadly Sins defeat Hendrickson and Dreyfus after they use dark demonic powers to try to revive the demons of long ago. Everything seems to be going fine, except for Ban who is still bitter of the death of Elaine, and the failure to bring her back from the grave. 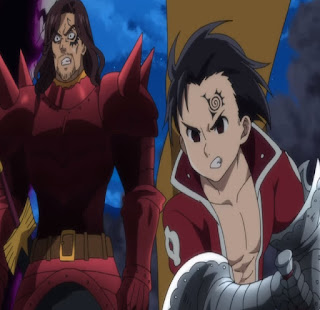 However all the Seven Deadly Sins will soon have to confront The Ten Commandments. All of them were extremely powerful demons handpicked by the King of Demons himself. The Demon King's troops have been locked away for 3,000 years, except for one who possessed Dreyfus, who was the main reason the two humans "betrayed" mankind. It becomes obvious that The Ten Commandments know Meliodas, and they want a long-waited revenge upon him. 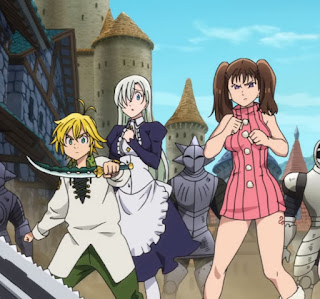 But they don't attack all at once. Only one of the titans of the demon race comes to confront The Seven Deadly Sins. However, it becomes obvious that almost everyone, including the Captain are seriously weak in this fight. They'll have to increase their power levels, or else Britannia will be taken over by the demons. 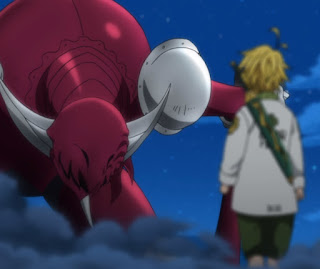 Overall I liked this season just a tad more than the first. It is still plagued by the same problems of the first, with injury and death not seeming like a big deal most of the time. Also some of the fights have strange outcomes when the heroes strangely don't want to kill the bad guys. It looks like they're going to have another story arc eventually, and I will watch that when the time comes. It's a good anime, but not close to my favorite.