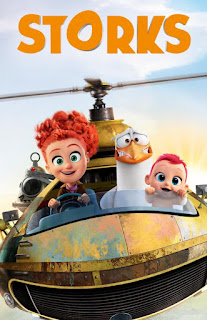 Not long ago, I watched Smallfoot which was by Warner Bros's 3D animation studios which only did the Lego movies, and Storks. I missed Storks a few years back, but I was curious about it. Warner isn't up to Pixar yet, but I rather interested to see if their 2nd film under this rather new studio team was any good. 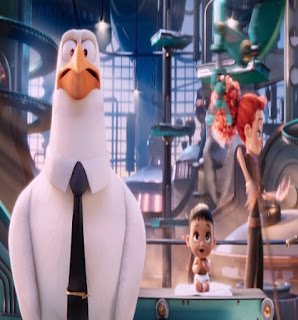 The movie is an obvious parody of the storks delivering babies myth parents tell their children. In the plot, storks had delivered babies to new parents for eons. But one day, a stork named Jasper tries to keep a baby named Tulip for himself, and destroys her beacon to find her "true parents". Tulip is raised by the storks, as they stop the baby thing and instead just fly packages of stuff to people. 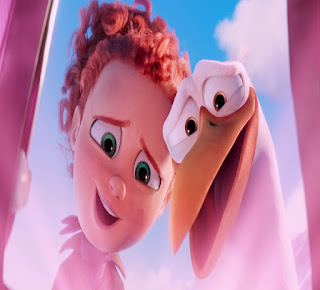 Tulip is the only non-bird at the stork workplace. She makes some allies out of some of the birds that don't really know how to fly. She crosses paths with Junior, who was sent to fire her in an act of "liberation". Instead a new baby in almost twenty years is created, and Junior has to figure out how to get the baby to the parents before his boss finds out. 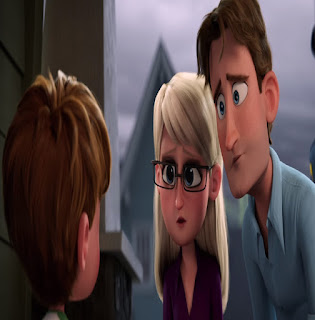 The baby was created by a wish from Nate Gardner, a young lad with parents who work far too much and have almost no time to raise their young son. Without any siblings, he wants a baby brother with "ninja skills" to make him happy. While it started as a simple wish, Nate becomes obsessed that the storks will defy the impossible and get him the baby brother he wanted. 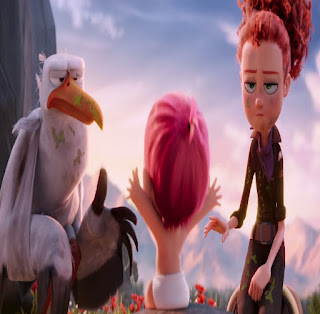 Overall I thought Storks was a cute and good movie. It's not quite up to par with Pixar, but I liked it better than Smallfoot. I actually planned on watching in halves due to having to work early the next day, but I ended up not being able to stop watching, which is rather impressive for me. I don't do that often for many things. Warner would be smarter to come up with movie ideas that aren't terribly generic, because they really could rival Pixar and Dreamworks with more creativity behind their back.

I saw it. It was more superficial than others. Small Foot, however, was excellent. Saw it with my gr-son, and he giggled.