The House with a Clock in Its Walls (2018 Film) Review 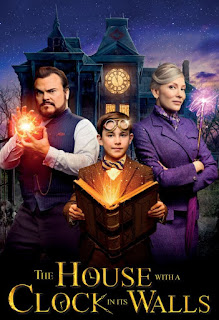 I remember seeing the trailer for The House with a Clock in Its Walls last year, and I had thought it was Goosebumps 2, as it had Jack Black and was set in a rather spooky setting. Jack Black apparently also did Goosebumps 2 last year as well, but I'm guessing his role was very minor and probably was a cameo or something. The movie is based on some gothic kid books from 1970's, and I wouldn't be shocked if R.L. Stein was inspired by them when he made Goosebumps. 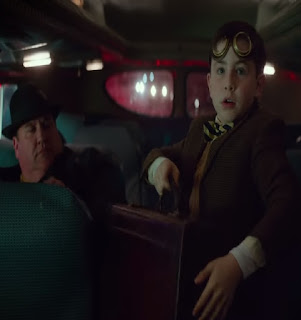 The movie is about a young boy named Lewis Barnavelt. A weird kid who had just turned into an orphan after his parents perished in a car accident. One of the few things he has left of his parents is a Magic 8-Ball they gave him. He is sent to live with his uncle Jonathan who lives a rather large but spooky home. 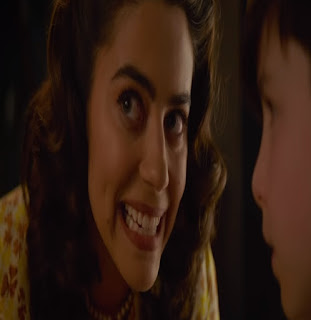 Lewis is shocked to see his mother, apparently a ghost from beyond the grave to offer words of "wisdom" into his ears. She tells Lewis as he gets used to his new home that he is in great danger and should not trust his uncle. There are many secrets in the home that he is totally clueless that exists within its walls. 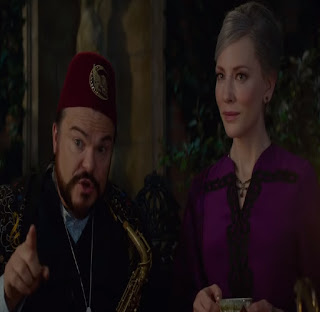 Such as Jonathan being a warlock and his neighbor and friend Florence Zimmerman being a talented witch. While there are some dark things about the house, Jonathan appears to be on the side of good along with Florence Zimmerman. He tells Lewis that a warlock who owned the house before him, hid a clock somewhere, and it's driving him a little mad. The warlock, Isaac Izard was a nefarious user of magic, and Jonathan knows that this "clock" does more than just tell time. 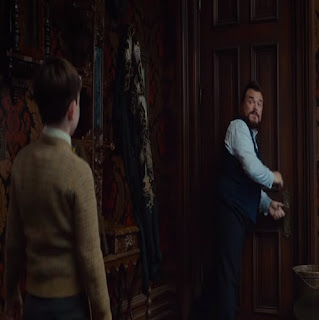 I wasn't too impressed by the film by the end of it, though ironically just a tad bit better than I expected. It kind of feels like Harry Potter meets Goosebumps, but worse than either of those two. The plot and direction could have used some reworking and polish. Not quite sure how true it is to the book, but knowing Hollywood, it probably took a lot of creative liberties. Cate Blanchett and Jack Black do well here, and they managed to save it from mediocrity. But, it just barely manages to be a "good" film in my book.

We saw it and enjoyed it, but the first Goosebumps movies was much much better.
My boy students in the early 1990s became avid reader due to R.L.Stine's books.

I haven't seen this yet! I just might have to now.

I just finished reading the book, I had wanted to watch the movie but it sounds like they went too far off from the book. I'm not so sure I want to see it now.

I did like this one, but not as much as other Jack Black films.

I was planning to rent this one but maybe I'll save it for a desperate day when there's nothing else I want to see.