The Nutcracker and the Four Realms (2018 Film) Review 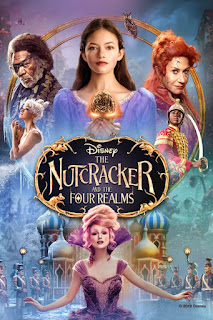 Ballet really isn't my thing, but I will say, I was intrigued by last year's The Nutcracker and the Four Realms. Disney made it last year as its movie for the holiday season, and it didn't go quite the way they hoped. Against its budget, it did poorly, and with critics and regular folks, it did even worse. So I waited, and though I knew what I was getting myself into, I picked it up from the local library once they had it on the shelf. 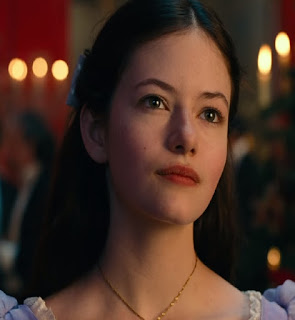 The story is about Clara Stahlbaum, a very young lady who lost her mother until recently. When Christmas time comes, there's not much joy or happiness in the household, especially with Clara. Her father gives her an early Christmas present, from her mother's wishes. Clara is upset to learn that it's just "an egg". 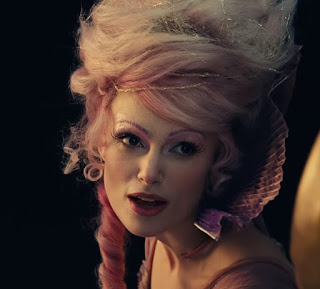 But she eventually wanders into a fantasy land of imagination and wonder. She learns that his realm thinks of her as a princess, and her mother as the Queen. However, since her mother is dead, the world was split into four. One realm is ruled by the Sugar Plum Fairy who befriends Clara and warns her of the bad people in the land. 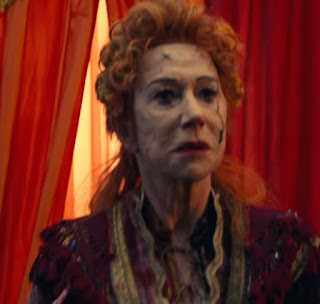 Her realm is at "war" of sorts with the "fourth realm" ruled by Mother Ginger. Sugar Plum Fairy advises Clara that peace can be established. There's a key that can restore order and peace between all four regions. However Clara must be brave and get the key from Mother Ginger's grasp. This looks like it won't be an ordinary Christmas day. 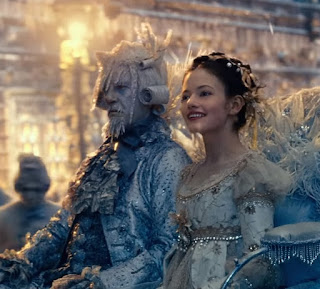 Overall The Nutcracker and the Four Realms is the trainwreck that everybody says it is. Despite some stars under its belt, the movie's plot is garbage. It doesn't make sense until the end, but I guess they hoped they could distract movie-goers with fancy dancing. Ballets don't really translate well to the silver screen, I suppose. That being said, it's pretty as heck to look at, and it really has that "Christmas time" feeling in Victorian England. But that can't save it, not even close.

The costuming is gorgeous! Helen Mirren is always brilliant, no matter that this film is pure garbage.

Sad. Had so much promise.

I knew as soon as I saw the trailer in the theatre that it would be crap, just big budget crap trying to improve on the magic of the original with special effects and a whole new story. I'm not surprised to hear it tanked. l

I haven't seen a Disney movie in quite a while.

What sad I think maybe was a nice movie!

I didn't want to see it when it first came out. I still don't.

Thanks for the review, Adam. I'll pass. I prefer live ballet, although I haven't seen many productions.

I was a bit disappointed in this one as well. It was visually beautiful, but the story just failed to hold my attention.