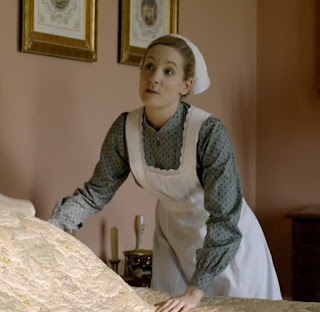 While you don't notice her importance at first, Anna was one of my favorite characters for the servants of Downton Abbey. She's one of the maids, and she often serves Lady Mary Crawley to the point where the two are good friends. 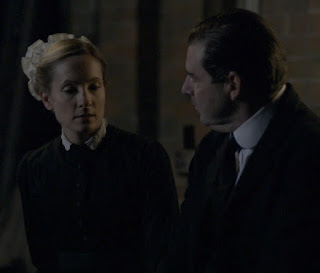 She takes a liking to John Bates pretty early on. She's one of his earliest defenders when most of everyone at Downton believed he was unfit for the job. 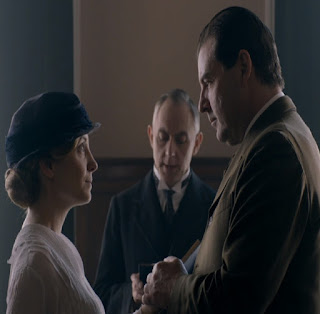 And the two are committed in love, but finally marry after John Bates' marriage finally dissolves. The former Mrs. Bates is soon deceased. 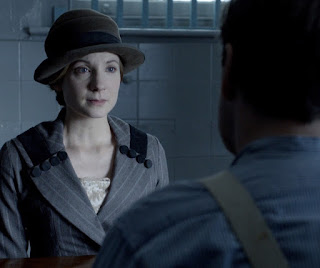 And John is put behind bars as a suspect of murder. He isn't sent to the gallows but Anna stays loyal until his innocence is cleared. 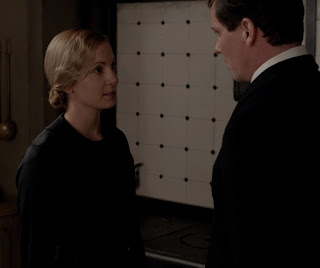 They are mostly happy until the nefarious Mr. Green attacks Anna when she is alone and the ordeal takes a huge toll on her mental health and honor. She is afraid John would kill Mr. Green, and tries her best to keep it secret to spare her husband's life. But John can tell something terrible has happened to her. 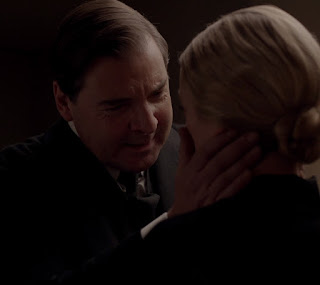 And eventually he learns the truth, and the married couple work things out and forgiveness is done. But John is very angry at Mr. Green, and not many are shocked when Mr. Green too winds up dead as a doorknob. 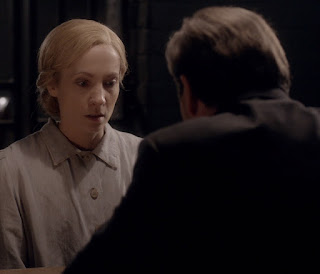 For which Anna is considered the prime suspect for some time, along with John. But both of them are eventually found to be not guilty. 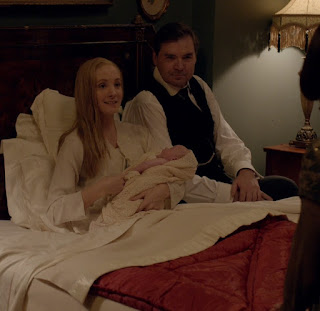 At the end of the series, they have a newborn son. While it happened so late in the game, I was very happy for them both.
Posted by Adam at 11:30 PM

I liked her too.

She has such a sweetness about her.

A quite complex character..........but certainly a loyal one to
her husband, her employer - Lady Mary and to the rest of the staff.
Well done in the analysis of this character, Adam.
You'll be a film/TV series reviewer quite soon. Far more money and better than paint mixing.
Colin