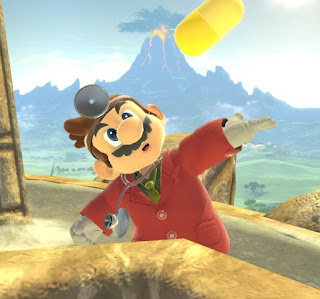 Dr. Mario has never been my favorite character, but I never minded using him in the series since Melee. Ironically he plays more like the original Mario now than regular Mario. 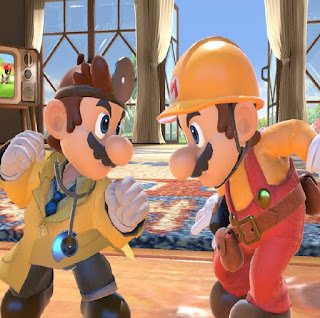 Mainly because Mario uses FLUDD as his down special while Dr. Mario still has the Mario tornado move which I think is more useful. But I do like when echo fighters have one major difference from their original counterparts. 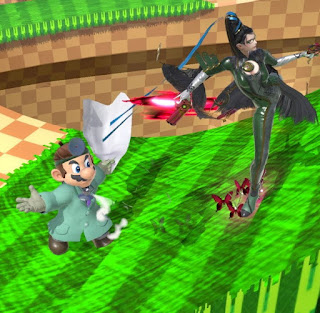 His cape also goes up now which limits his reach but adds to his range. 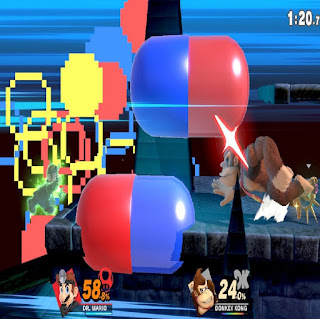 His Final Smash is the Doctor Finale which replaces Mario's fireballs with "vitamins".  Like Mario's final smash, it's too easy to miss for what it used to be in Brawl. But it's not bad. 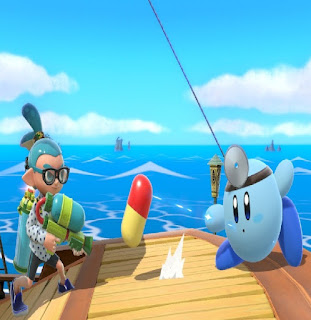 When Kirby takes Dr. Mario's power, he can toss out the vitamins. It's a decent special I suppose but not Kirby's most powerful. 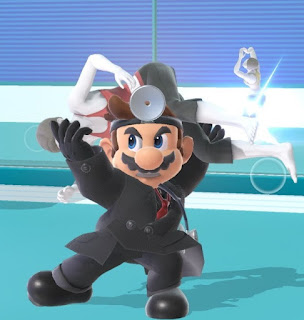 Online I did decent with Dr. Mario but not that special either. I didn't really see many other players use him either, so I'm guessing it wasn't just me.
Posted by Adam at 11:30 PM