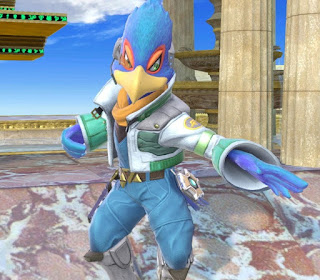 I've never been the biggest fan of Falco in the series, but Fox's greatest wingman is a decent fighter in all of the games. While I don't love him, I don't dislike him either. 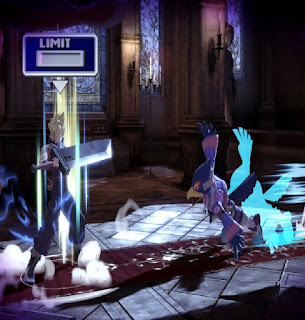 Being an echo fighter, his moves are much like Fox's. He moves a little slower but seems to have a bit more power to him, but not much. 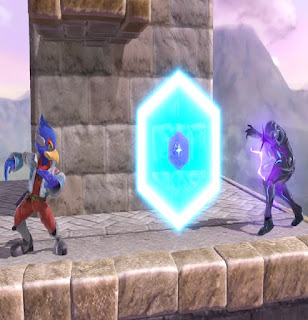 The biggest difference between the two is that Falco throws his reflector shield instead of always being surrounded by it. There are pro and cons to both methods. 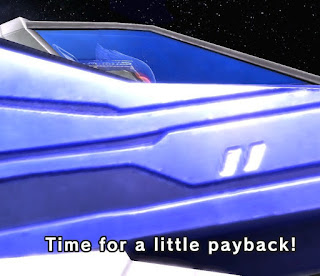 His Final Smash, Team Starfox is just like Fox's where the poor fools stuck by it will be blasted by the whole squad of Starfox Arwings. It's a decent Final Smash but not my favorite. 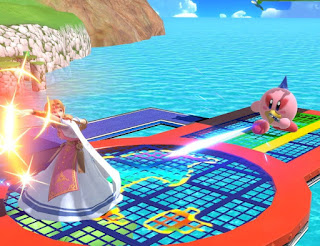 When Kirby takes Falco's power, he gets a cute bird face and his pistol. I like Falco's laser gun more than Fox's. 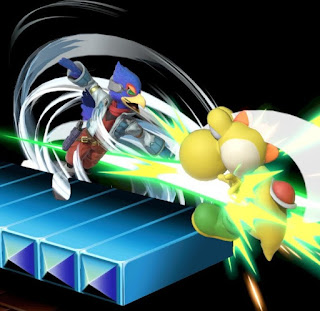 Online I did okay with Falco, but nothing special. But I would say I lost more than I won, which isn't great.
Posted by Adam at 11:30 PM