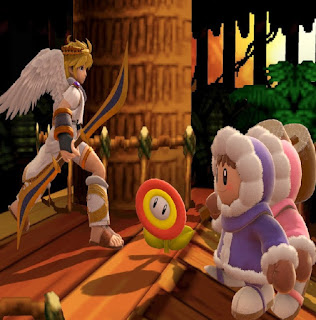 The fire flower has been in the series since the original. Obviously taken from Super Mario Bros. where it gave Mario and Luigi the power to shoot balls of fire. 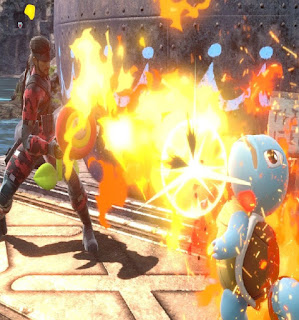 However since both Mario brothers can shoot balls of fire, its role in Smash Bros. is different than the games. It's basically a flame-thrower. 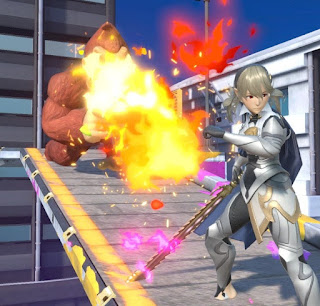 Though its range is rather limited, On larger maps, it's pretty easy to dodge it. 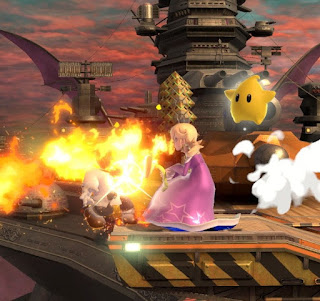 But it sure comes in handy when you need to rack up some damage. The easiest way to is "trap" an opponent into a corner (or the edge of the stage) and not give them the chance to escape, or at least with ease. I never minded picking the fire flower up.
Posted by Adam at 11:30 PM