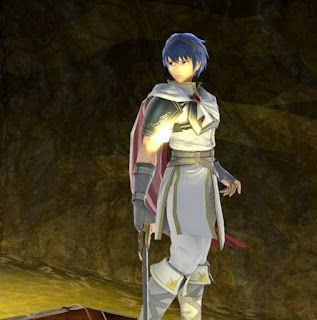 Marth has been in the series since Melee, and was almost left out as Fire Emblem didn't reach America by 2001, and eventually only due to the popularity of Marth and Roy in Melee. He's also one of the first characters to be beloved by players who prefer really technical fights. 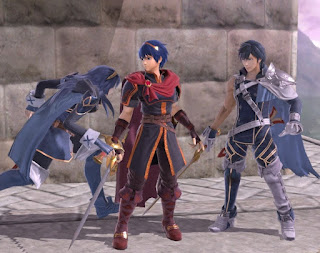 His many times (we're not kidding) great-granddaughter Lucina arrived in Smash 4, but her father (for whom she is descended from the Hero-King Marth) Chrom finally made it as well. They're like one big family. 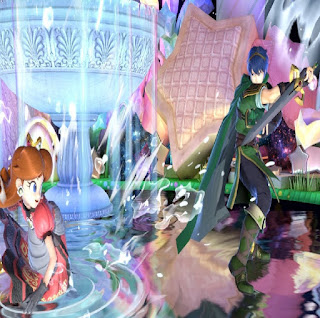 As far as a fighter, Marth is much quicker than Roy or Ike. He lacks the power but he's so fast, he kind of makes up for it. His best move is the counter, which will cause him to hit the foe with an equal force of the attack they were trying to hit him with. While it's a challenge to time it right, it can be a great tool. 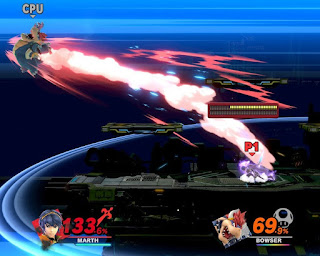 His Final Smash, Critical Hit is terrible. It's got the power, but it's very frustrating to actually catch someone. He charges in a straight line, and can actually perish bu jumping off-screen. That's pretty lame. 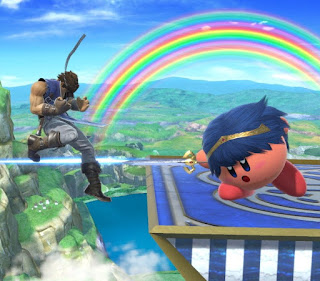 When Kirby takes Marth's power, he gets his own little Falchion sword. He can do the shield breaker thrust move. It's not that useful as most foes can see it coming a mile away. 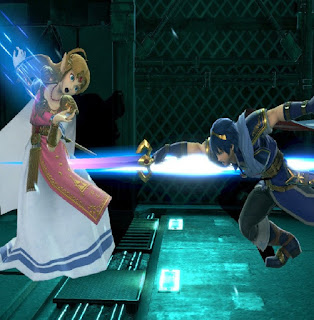 Online I did pretty well with Marth. I actually had a perfect record in Sudden Death as using counter to a foe's obvious attacks was too easy.
Posted by Adam at 11:30 PM