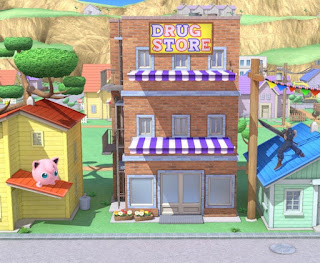 This stage had originated in Melee, and hasn't missed a single game in the series since. It's based on Onett, the hometown of Ness in the series Earthbound. 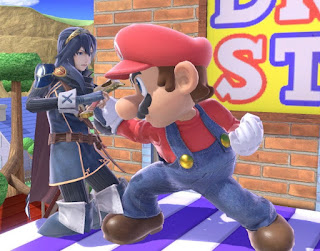 While I never really played Earthbound, I hear it's loosely based on the town. But it's basically like fighting in a small-town's downtown area. 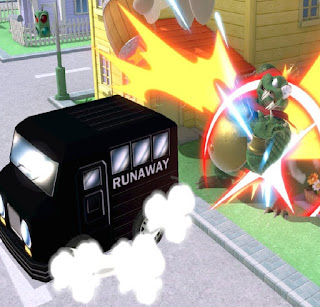 And apparently nobody in Onett can drive as you have to watch out all the time for runaway cars. 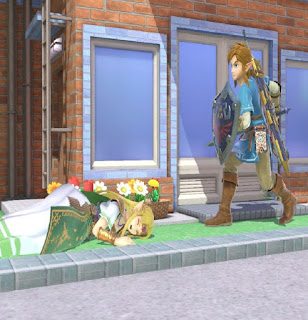 Because if they hit you, you're down for the count. Well sometimes. 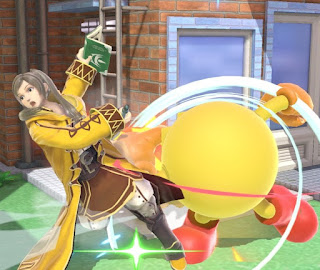 I wasn't too thrilled to see it back as it has never been absent, but I've never had a sour opinion of the stage.
Posted by Adam at 11:30 PM