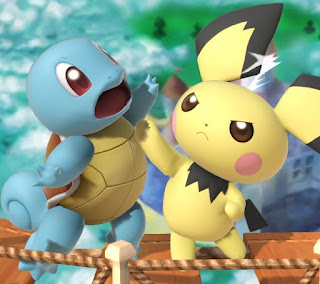 After almost twenty years, Pichu finally returns to Super Smash Bros. He got left out of Brawl, and nobody seemed to care during Smash 4. But since they insisted on every character returning for Ultimate, Pichu rejoins his pokemon friends for the fighting. 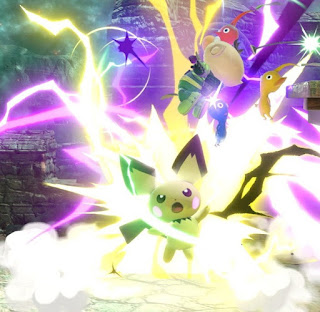 His moves are almost exactly like Pikachu, his evolution. Like the real games, using electricity hurts Pichu slightly as he or she has not learned how to perfect it yet. 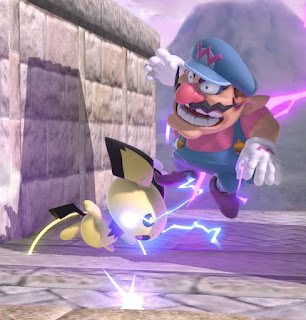 But despite that, Pichu is a little quicker than Pikachu and a bit more nimble as well. 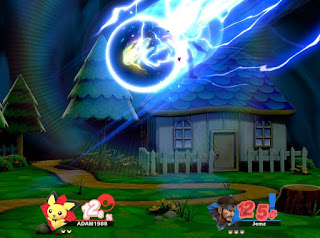 Pichu's final smash is Volt Tackle, the same as Pikachu's. It's okay, but not my favorite final smash. 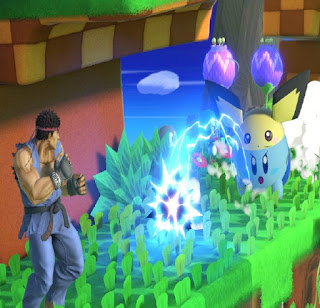 When Kirby absorbs Pichu, he gets the cute Pichu hat and the power to use the thunder jolt. Like Pichu, Kirby can get slightly damaged by using it. 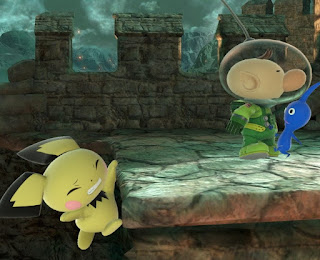 Overall I did decent with Pichu online. He can be a good fighter, as long as you use your electric powers wisely.
Posted by Adam at 11:30 PM