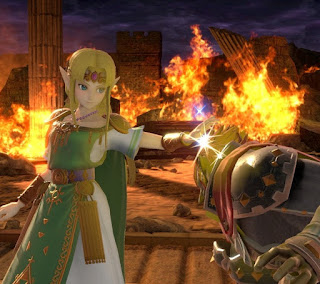 Like always Princess Zelda is back in Super Smash Bros. Though another different incarnation this time. In Melee she was based on Ocarina of Time. In Brawl and Smash 4 she was based on Twilight Princess. Now she's based on her incarnation from A Link to the Past/A Link Between Worlds rather than the new Breath of the Wild. Most fans really liked that, no sarcasm. 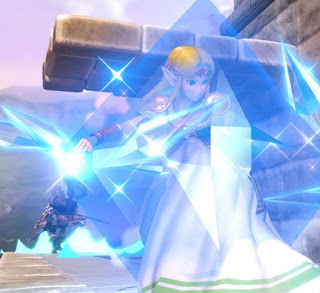 Her moves aren't much different than the other games. She has the power of the goddesses which can shield, attack, and teleport her way to victory. 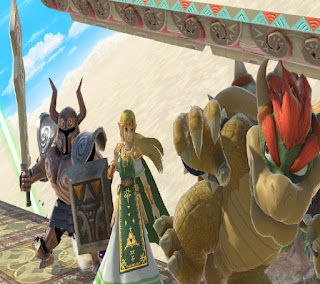 Though since Smash 4, she's gotten a Phantom Knight by her side. While he's scary at first to foes, he's rather slow and clunky to be used very well. 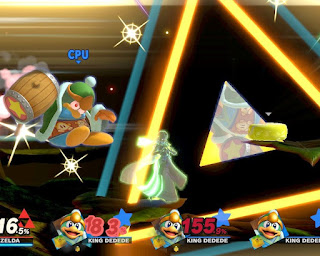 I did really like her new Final Smash the Triforce of Wisdom. It creates a vortex and almost anyone nearby will be drawn in and thrown out like trash. I love it. 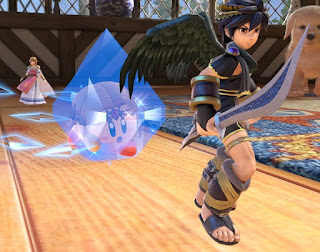 When Kirby takes Zelda's powers, he has the ability to summon Nayru's Love which creates the shield that can slightly damage enemies and reflect things. It's okay but not the best ability Kirby can take. 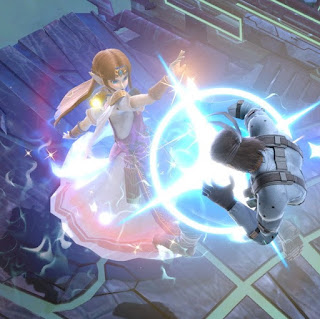 Online I kind of flopped with Princess Zelda. She's got strong magic but her moves can be rather clunky against players online who are super fast and quick. Though I still love her despite her faults.
Posted by Adam at 11:30 PM