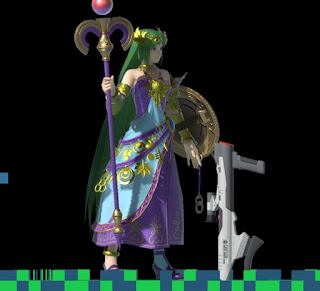 The Super Scope has been in the series since Melee, and was based on the actual Super Scope you could hold with your real hands. It was a light gun for the Super Nintendo, and while it didn't have such luck on SNES, Nintendo has honored its memory ever since. 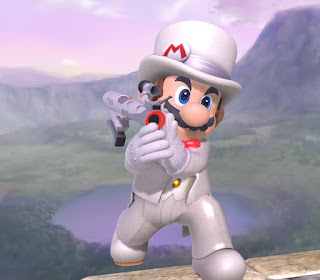 One of your best gun items in the game in my opinion. I rarely pass the chance to use one, especially on more flat stages. 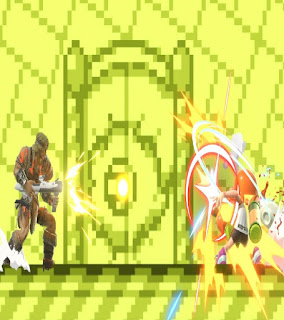 I like that it has two rates of fire. You can assault a foe with a large chain of mini orb blasts. 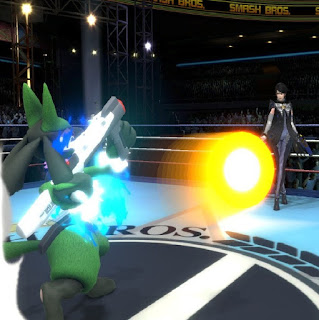 Or get greedy and charge up a large one, though most people can tell its coming and its easy to avoid if you know it's headed for you. It can also be reflected by certain characters like Palutena and Fox, so you're never safe from harm with them around. But if you are injured with a lot of points, a direct hit from the big orb will be your doom.
Posted by Adam at 11:30 PM