Unbreakable Kimmy Schmidt is a TV series I started a few years ago. I loved the first season, but the second season was a pretty big drop in quality. It was good, but it just wasn't the same. Part of the reason why is that the first season was so good because Kimmy was a fish out of water, but she adapts well into New York and it becomes less funny. But I finally got around to watch the third season of the show. 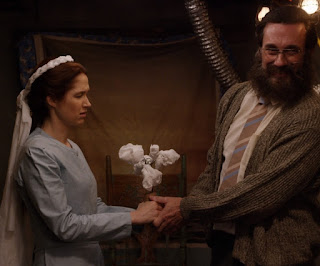 The story starts with the return of Reverend Richard Wayne Gary Wayne as he's in prison for all that stuff he did to Kimmy and the rest, but he lets her know that fake wedding in the bunker, turned out to be real. And he wants a divorce, so he can marry some crazy lady that somehow thinks he's awesome. Kimmy just wants to move and go to college, and certainly leave bad memories in the past. 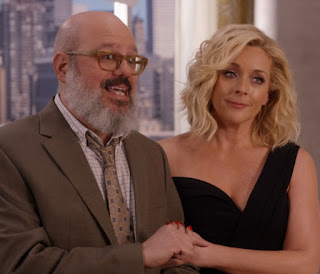 Jacqueline White is still with Russ Synder, the black sheep of the family that owns the Washington Redskins. Jacqueline is actually Native American (despite her looks, partly due to her own deception) and really wants the name of the football team changed to something not as horrible. The two of them come up with a plan to trick his father into doing so, but they'll need all the luck they can get in this matter. 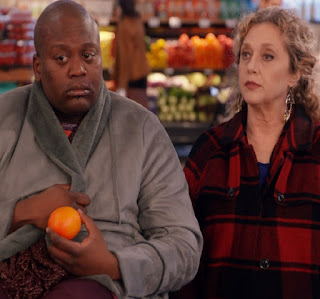 Titus Andromedon is still Titus Andromedon. While not self-absorbed into his own drama, he and Kimmy clash a few times over the bonds of friendship. He also resumes his dating life, which he makes some rather bizarre and stupid turns. Along with trying to become a famous, or sort of famous, or sort of a musician. Lillian Kaushtupper gets motivated about "local politics" but she doesn't know what she's even talking about. 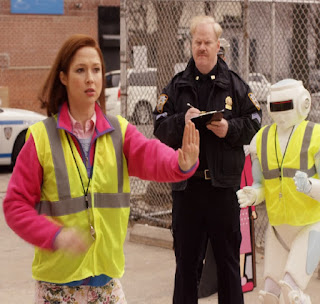 Overall the third season failed to impress me back to the level of the original. Most of the same problems are present, but I felt like even more characters were just so silly and stupid that it really dragged the story down. But I still liked the show and I will watch the final season in a few months I think.

I hate that! Season 1s are always so fresh and novel. 2s kinda still hang on to that. 3s have to pull out the stops.